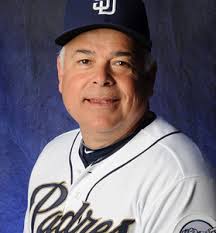 The hire of Rick Renteria by the Chicago Cubs was the result of a managerial search that resembled an archeological dig.  Who would fans accept as a plausible successor to Dale Sveum, Lou Piniella, Dusty Baker, Jim Riggleman, Tom Treblehorn, Jim Essian, Don Zimmer, Herman Franks, Charlie Fox, Preston Gomez, Whitelockman, Elvin Tappe, and on and on.  That’s not a tough bar to clear.

But how many of those candidates would take a call from Theo Epstein knowing what question he might ask?

Other ‘options’ in addition to Renteria included Eric Wedge, Manny Acta, Dave Martinez, A.J. Hinch, and others who escaped the trip to the career gallows accepting the Cubs job represents.  There was no truth to rumors that Cubs brass reached out to former manager Jim Marshall, who led a previous failed rebuilding effort from 1974-1976, and is surprisingly still living at the age of 82.  That should give Renteria some hope that while accepting this job may be a career ender, it may not kill him.

We spent some time on the phone with Renteria just prior to the announcement of his hiring:

That is the conversation I would have had if I was so indifferent to another man’s happiness on the day he believes his dream has come true.

There is no chance that the Cubs will retain Reneria after the 2015 season when the kiddie corps finally makes its way north and reasonable people will again believe the Cubs will win more than they lose.  That will open the field of managerial candidates beyond retreads looking for one more shot and first timers whose imaginations work better than their eyes.

One thought on “Chicago Cubs Name Rick Reneria Manager – Tears Flow as Countdown Begins for His Firing in October, 2015”