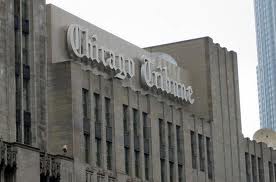 The dream of retiring from the Tribune Company was crushed for nearly 700 employees yesterday.

For almost 700 people who have built a career with the Tribune Company, yesterday was the day they and their families had dreaded.  In sports, athletes get a visit from “the Turk” to tell them they have been cut.  The deed in media is done by a manager accompanied by a human resources specialist who sits nearby to ensure nothing is said during the termination that can cause legal consequences for the company.

It’s a soul sucking process for the managers who handle the process.  There is not a day that goes by for a manager at a media company when they are not thinking about the next steps in thinning the field.  Shrinking the staff to perform nearly the same duties is an ongoing strategic initiative.

Strategizing to make the workplace more efficient is a fun challenge at first, but then the day comes when the news is delivered, and the shock to the victims is clearly etched on their faces.  You can see them check out as the Cobra options are detailed, and the severance agreement – if there is one – is presented.  They have already moved on to wondering how they will tell their spouses without crying, and wondering what they will do to fill the day when they awaken the next day and the day after that.

If they have kids, they start to do the math.  How long will the savings keep a roof over their family’s heads?  How much debt do they hold?  Are there expenses that can be eliminated?

All the while, the boss or HR person yammers away.  If they are good at pulling the trigger, it’s done quickly.  The only thing that matters to the person just fired is that they are out.  The brain seizes when hearing news like this, and the details are all in the packet.

Media companies go through this over and over again each year.  The specific reasons differ from company to company.  The Tribune Company says they are going to allocate more resources to their digital product.  That’s of no interest to the 700 who were told to pack their things yesterday.  They are out, and that’s all that matters.  And no matter how nicely the strategy is dressed by the CEO’s memo, the real reason is the company’s voracious need to make more money.

Greed is at the core of all decisions at the corporate level, and more than the simple desire to make more money, it’s a fear of being fired themselves for not earning enough for the company that motivates the miserable decisions to turn out into the streets those who have unwisely become friends.

Justifications like “We’ll take some of the savings and gave raises to those who are deserving” are internally proffered.  But after a few trips through the cycle, managers realize it’s all nonsense.

The truth is that managers are turned into deceitful assholes by a system designed to maximize profits, as though cash flow is the only worthy primary goal of a corporation.

The worst part isn’t the firing of employees; it’s working alongside people who you know will be fired on a specific date.  We tell ourselves being smart with other people’s money is the price we pay for the fun part of the job, but that’s nothing but self-talk for the drive home that allows people to smile when they get home after a day of scheming.  Managers agreeing to take part in the strategic blood letting is the price paid to keep their jobs.

And then the moral negotiations are held.  Just to maintain the facade of being a caring human being, some managers will protect a specific employee, as though that helps absolve the guilt over showing the others out.  The pep talks continue ad nauseum about how someone is going to fire these people, so it’s a gift that they can at least choose the correct people and be empathetic.  Good luck with buying your own grotesque rationalizations.

What are you doing Black Friday? Chef JJ wants to feed you great food and offer you a chance to buy a Big Green Egg at a discount.  Click here to learn more.

Working in media management today is a soul sucking exercise that leads to lives being ruined and moralities being abandoned – all to drive the stock price a quarter point higher.

Having a specific job is not a right, and occasionally people deserve to be fired, but the relentless emptying of offices and cubicles that continues only because media consumers don’t mind the steady glacial diminution in quality content will come with a cost.  Either a tipping point will be reached by the audience and they will choose to read, watch, and listen elsewhere, or managers will finally look in the mirror and scream, “ENOUGH!”

Either way, if you work in the media, the decision as to whether you are retained or fired will be consciously debated by your manager.  The only person for whom that is not a fact is the owner.  He or she is safe.

You can take control of your life and career, or life in fear of the day that comes for all – the day when you are handed your packet.

(This post, and many others concerning the media are going to be posted at sterlingtalkradio.com.)