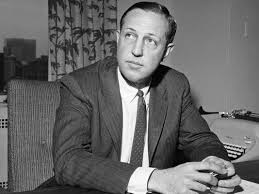 Pete Rozelle did the right thing 50 years ago, and those who doubted that should have lived with regret.

A lot of attention has been paid over the past 50 years to the decision to play NFL games 47 hours after the murder of the leader of the free world.

NFL Commissioner Pete Rozelle called it the biggest mistake of his life.  Given his death from lung cancer, I would guess that he regretted smoking more than the call that allowed Americans to come together to mourn in our cultures biggest gathering places, but I’m in no position to choose another man’s regrets.

Any excuse for people sharing misery is a good one, and the games that Sunday in 1963 allowed people to embrace, commiserate, and assure one another that they would all survive that loss together.

How could that be viewed as a bad thing?

If the decision was that NFL games trump the importance of grieving, than it would be wrongheaded and inappropriate.  But football is not the biggest part of NFL Sundays isn’t the actual games; it’s the feeling of camaraderie among people feeling passionately about the same thing.

It isn’t a love of football that drives attendance for NFL games, just as affinity for the games themselves doesn’t drive the decision to attend Major League Baseball, NHL, or NBA games.  It’s a desire for people to spend time together, and having their passion affirmed.

A nation mourned in 1963, and its people needed to see one another.  Churches serve that purpose, but for some it isn’t necessary to hear a monologue from a messenger of God make sense of it all.  They take great comfort and affirmation for doing what normally would be done with those who do the same.

The NFL saw a surge in attendance on November 24, 1963, because some people needed to stand with brothers and sisters, sing the National Anthem and participate in some loud venting at a forum where emotional imbalanced would not be assumed.

Some people need to stop and recalibrate.  Others respond to grief by moving forward and allowing for grief on a different schedule.  To only serve only the needs of those who respond to grief by embracing it would have been a bigger mistake than hitting a national pause button.

For many, it’s best to mourn without relentless reflection.

The day my Dad died, I coached the basketball game of a team my son was on.  That was how I dealt with loss – investing the love I felt into my son and his friends.  I cried six weeks later.  You can’t mandate a mourning period.  Each does it differently, and to assume a nation undistracted would have been healthier would have been narrow-minded.

Rozelle made the call after consulting Pierre Salinger, and getting input from the Kennedy Family, and both were smart enough to know that healing happens in many venues and takes many forms.

That Rozelle regretted that decision was unfortunate because it was unwarranted.  It was the right call 50 years ago, and it would be the right call today.