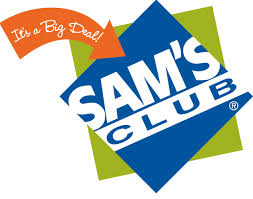 Sure, it’s a big deal at Sam’s Club, but for whom?

Shopping at Sam’s Club is always a little strange, but tonight was especially ugly as the cashier and customer service desk offered two very different realities in presenting the option to open a credit card account that would result in an immediate savings of $40 for my family during a VIP shopping event.

My wife likes bargains – and that’s a good thing because I’m not much of a comparison shopper.  One of us needs to be a bargain hunter, and sure isn’t going to be me.

We go to the store together sometimes because my wife continues to harbor the hope that I will one day mature enough to not discover new ways to annoy her.  For me, finding brand new things to say that she will react to with exasperation is the great challenge of my life.  We both end up laughing, and tonight our son joined us for bargain hunting, so all the better.

The typical mockery about Sam’s Club’s mammoth portions of food was relentlessly performed with energy until my wife looked at me in a way that communicated her exhaustion with my act.  That coincided pretty closely with our trip to the checkout line.

The cashier offered my wife $40 off our haul of $360 if she signed up for a credit card that could only be used at Sam’s Club or WalMart.  Julie asked all the right questions, and when the guy said that we would never have to charge a dime on the card, Julie decided that $40 was worth the pain of waiting in the line at the customer service desk.

So off we went with our little form to customer service where the line took 25 minutes, and as the ordeal the the clerk named Sarah began, we were hopeful that everything would go smoothly and quickly despite watching the previous three or four people take 15 or 20 minutes to conduct their business.

When it was our turn, the clerk told my wife that the $360 minus the $40 would be assessed to our new card.  My ears perked up, and Julie told her before I could open my mouth that it was her understanding based upon her conversation with the cashier that nothing would be charged to the card.  My unease was disengaged.

Then the clerk said that she could run the initial charge on the new card, and we could immediately pay it off with our bank card.  Because this was a material change from the promise made by the cashier, I said, “To hell with the 40 bucks.  Let’s settle up.”  Julie had decided that was the right call before I said a word, “We’ll just pay with the bank card and go.”

The cashier then said, “Instead of arguing with me, we could have had you checked out and gone 20 minutes ago.”

There is really only one thing that can cause me to get angry enough to raise my voice, and that is something or someone that impugns the behavior of a member of my family.  “Arguing? just who was arguing?” I demanded.  Julie might be the best mannered person on the planet.  She loathes causing discomfort in others, so the accusation that she had argued, or even been mildly contentious was outrageous.

Our son laughed in disdain at the clerk, and said, “Wow.”

What I should have said was that a representative of the store making one offer and then another materially changing the terms in the advantage of the store is called bait and switch.  Not only is it wrong, it’s illegal.  While I have a tough time believing that this episode was anything other than an incompetent recitation of the terms by the cashier, he certainly had no problem presenting a litany of details about the deal, so who knows.

The truth of the thing is that two employees at Sam’s Club during a VIP shopping event presented an offer in a fundamentally different way that presented an advantage to Sam’s Club.  Because of the enormity of the chain of WalMart and Sam’s Club, it might be worth a look from the attorney general of Indiana to see if WalMart’s motive was as insidious as it might have appeared to a consumer more cynical and suspicious than me.