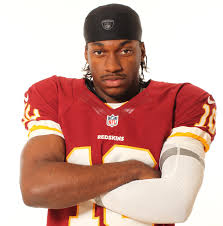 Mike Shanahan’s decision to sit RG3 for the final three games of 2013 might just save the dynamic quarterback’s career and the future of the team that will likely fire him in three weeks.

Robert Griffin III would have you believe that he’s the next big thing.  His marketing shows him to be a singularly special athlete whose agility is only outpaced by his charisma.  Well, charisma doesn’t complete passes, and sponsorship deals don’t win games.

When Redskins coach Mike Shanahan announced that RG3 would be benched for the rest of the season, people wanted to know why.  Shanahan spoke of saving his health so he could have a full offseason to prepare for his third year in the NFL.  People took that to mean that Shanahan is performing a mercy killing of RG3’s soph season.

What he was actually saying is that without a full offseason of work, RG3 is not worthy of the starting job with the Redskins.  The regression of RG3’s production can be easily seen in his stat line and in the Redskins 3-10 record, and another offseason spent rehabbing instead of learning, building, and processing would be a disaster both for the Redskins and this media darling.

Griffin has seen his quarterback rating drop more than 20 points, from an excellent 102.4 as a rookie to a very pedestrian 82.2.  His QBR (the metric that uses a wider variety of stats to measure total contribution to his team) has tumbled from 71.41 to 40.12.  He’s been sacked 38 times and thrown 12 picks in 13 starts this season as opposed to 30 sacks and 5 INTs in 15 starts as a rookie.

With Griffin playing at or beyond the level he enjoyed as a rookie, the Redskins can win.  If Griffin is the ill-prepared and structurally unsound quarterback he has become, the Redskins have no chance to compete in a mediocre NFC East.  He has gone from the most dynamic quarterback in the division to a virtual tie with Eli Manning as the worst in the division, and Manning has been brutal this season.

People speculate that Shanahan benched RG3 as the result of a power play with owner Dan Snyder, but the truth is on the game film.  The Redskins have a better chance of winning with the unknown production from backup quarterback Kirk Cousins than with the consistently poor Griffin.

Shanahan will likely be fired at the end of the season by Snyder, an activist owner whose patience and understanding of football are outpaced by the size of his wallet.  “Wealth doesn’t always equal smarts” should be the Redskins motto.  Snyder should sign Shanahan to an extension for putting the franchise and its star quarterback ahead of his own popularity.

RG3 isn’t happy with the temporary demotion, but there will come a time when he will look at Shanahan’s actions and be thankful.  A record of 3-10 has consequences, and so does an offseason spent dedicated to hurriedly rehabbing a surgically repaired knee.

The truth is that RG3 has only played well enough to win three of 13 games, and that’s not good enough for Mike Shanahan or any NFL team.  One more year of this stupefying mediocrity, and it might not be good enough for Gatorade, Nissan, Subway, EA Sports, Castrol, Adidas, and Evo-Shield.

This season is lost – for RG3, Shanahan, and the Redskins.  What’s left is to get a talented quarterback and team ready for 2014 and beyond.  Sitting RG3 isn’t just a good decision; it’s the only decision, and Shanahan deserves a reward instead of a pink slip for making it.

The only winner during this tough season for the Redskins are the St. Louis Rams, who might wind up with the #1 overall pick in the 2014 NFL Draft because of the trade that brought RG3 to Washington in the first place.