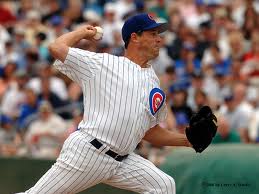 No pitcher I ever saw did as much as well as Greg Maddux.

There are 36 names on the 2014 ballot for the Baseball Hall of Fame, and it’s virtually certain that fewer than five will get in this time around.

We don’t know exactly how many ballots are distributed, but last year 569 were returned with 6.6 votes per ballot – voters are allowed to vote for up to 10.  There are rumors of many people continuing to receive ballots because of their former ties to The Sporting News – people who blithely mark their ballot without any thought or reasoning.  That might explain no one being elected last year through this process.

There are some interesting notions of who should get it – and more importantly when.  There is a hierarchy at play that rewards special players as first time electees,  Voters are the gatekeepers of a very exclusive club and they exercise their own sense of value that both makes a spot in Cooperstown very special, and a seemingly arbitrary exercise in hubris.

I am one of those snobs who believes that only very special players should get in on their first ballot.  I am also a snob in that I do not believe any player who has avoided election during his first 14 years should be welcomed during his 15th and final year of eligibility.

The Baseball Hall of Fame should be for the great of the great – not the good of the good.  And it’s definitely not for cheaters, but I believe Shoeless Joe Jackson should be in.

Players must have been the dominant player at his position in his league for a decade, won an MVP or Cy Young Award, or put together such a stunningly consistent career that the Hall of Fame would be diminished through his absence.

These capsules are minus (most) stats which you can look up on your own.  I like a narrative as the impetus for a vote, not raw numbers.  As relevant as statistics are in baseball, it’s the stories of the game and its players that make it special.

Greg Maddux – This is the one no brainer.  I wondered if a pitcher could possibly win 350 games in my lifetime.  Both Maddux and Clemens did it.  I loved watching Maddux pitch when he was young.  When he first came up with the Cubs, he was the ballsiest pitcher on the staff.  After watching Cubs nibble on the outside corner for years, Maddux came up and back hitters off the plate.  He was excellent in most starts, minus one inning that went wrong because the Professor got emotional.  Maddux was one of the more overtly fierce competitors in the last 50 years of Cubs baseball.

Frank Thomas – A great hitter, and one of the most productive offensive players in history.  When he came up with the White Sox, I went to see him.  Sitting by myself at Old Comiskey Park, when I saw him, all I said was, “Jesus.”  He was enormous.  The Big Hurt was the face of the Sox for a generation, and he won back-to-back MVPs.  He’s tied with Ted Williams on the all-time home run list, and knocked in more than 1,700 runs.  He walked more than he struck out, so hitting that many bombs while maintaining excellent discipline at the plate earns him a special place in baseball history.

Barry Bonds – Okay, Bonds was a dick, and almost certainly a cheat, but before the (his) steroid era began in earnest, the guy was still the best player in the game.  Regardless of steroid use, his on base percentage of .609 in 2004 is astounding.  He walked 232 times, and notched 135 hits in 617 plate appearances.  He hit 45 home runs and drove in 101.  Those 101 RBIs came in 373 at bats.  As little as I want to endure Bonds sanctimonious and self-congratulatory speech, how the hell can there be a Hall of Fame without Bonds?  I feel the exact same way about Pete Rose, who in my mind was not a cheater, but an entitled boob who couldn’t help himself from gambling on his own team.

That’s it.  Nobody else gets a pass to join Ruth, Cobb, Mays, Young, Hubbell, and Clemente.