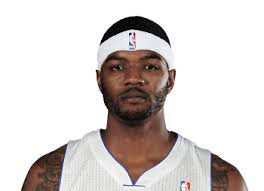 Every loss is tough, but losing to a team with Josh Smith is especially galling.

The Indiana Pacers didn’t lose last night because a referee doesn’t know how to count past five, but it sure didn’t help.  The Pacers lost 101-96 because Paul George, George Hill, Roy Hibbert, and Orlando Johnson combined to hit 8-35 shots, and the defense allowed 20 offensive boards.

An 82-game season is long enough that everyone is going to feel punky a couple of times during the season, and the match ups will occasionally feature a team at their worst playing another team at its best.

Complicating matters for the Pacers is that as the team with the best record in the NBA (going into last night’s game, now they are one half game behind the Portland Trailblazers), they are getting the best shot from every team they play.  The Pacers are not some under the radar collection of anonymous and unheralded players.

There are different levels of development for a young team, and despite the advanced ages of David West and Luis Scola, the Pacers are still young in that they have very little playoff experience beyond the conference finals.  Ian Mahinmi is the only Pacer to have played in an NBA Finals or to win an NBA Championship, and his role was minimal with Dallas in 2010-2011.

It’s one thing to improve your level of play to the point where winning a championship is possible – it’s another entirely to actually do it.  Consistent winning requires laser focus as well as talent.  Home court advantage throughout the playoffs is won on Monday nights at home in December against lesser opponents.

The Pacers couldn’t get the job done last night, and that might be the game that separates the Heat and Pacers in the standings that sends Game Seven to Miami.

That’s the great thing about sports – all games count the same.  Fans will measure the Pacers progress against the Heat tomorrow night as they try to follow up their big win last week at Bankers Life Fieldhouse with another against the defending champions.

Back to the game last night.  The Pacers didn’t go quietly, giving themselves a chance to win on a night when the Pistons brought some intensity to the party.  Josh Smith doesn’t do that every night, but when he’s playing hard, he’s pretty good.  Still, the Pacers had a chance to force a turnover down three with 16.1 to play.

The official who handed the ball to Kyle Singler (the proud wearer of the worst hair in the NBA whose name isn’t Josh McRoberts) reached the count of five at 6.3 seconds, 0.6 seconds after the ball left Singler’s hands.  If you aren’t a math major, that means Singler held onto the ball for 5.7 seconds – 0.7 seconds longer than rules allow.

Don’t believe me, check the video from Fox Sports Indiana.

That 0.7 differential between what is allowed and what was counted represents a 14% overage in the amount of time Singler took to make the pass, and the 1.3 second difference for the referee’s five count is a 26% error.  In what profession can a person be paid up to a half million dollars per year with a 26% deviation in accuracy of counting to five?

If the call is made correctly, it’s Pacers ball with a chance to tie to game to force overtime.  Smith had five fouls to go along with his 30 points, and that would give the advantage to the Pacers.

There were plenty of ways the Pacers could have found to beat the Pistons without relying upon a referee’s ability to count to five seconds – like not allowing the Pistons to grab 20 offensive rebounds, but that doesn’t mean the blown call was meaningless.

So the Pacers will travel to Miami with a two game lead in the East.  There will be two more match ups with the Heat, but neither before March 26th.