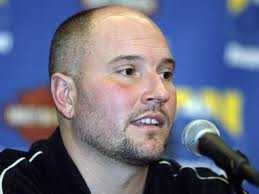 The only unpleasantness for Big Blue Nation tonight will be Rex Chapman’s absence on the CBS only championship game telecast.

Kentucky is just too big and athletic for UConn to beat tonight, or so I believe.

Think of offensive rebounds as anti-turnovers.  Instead of forfeiting an offensive possession, you add one.

Amazingly, Kentucky’s opponents have only 11 more defensive rebounds in the five games than offensive boards the Wildcats have controlled.

Kentucky is also tournament tough, winning games by seven, two, five, three, and one point, and have trailed in four of the games.  Against Kansas State in the opener, Kentucky led after the opening minutes.  Wichita State led Kentucky by five with 4:15 remaining, Louisvile led by seven with 4:10 left, Michigan was up four with 11:00 to go, and Wisconsin was up five with 5:10 left.

They know what it takes to win, and they do exactly those things when necessary, and in the last two games it took a three-pointer by Aaron Harrison as the clock wound down to give the Wildcats the lead.

For their part, UConn has won with greater ease after being taken to overtime before winning by eight against St. Joseph’s.  They have rolled to wins of eight, 12, five, six, and 10 points.

The Huskies have not trailed during the last 12 minutes of any of the games following the outlier against St. Joseph’s.

What does that mean?  That when Kentucky turns it on, as they have in every game since the beginning of the tournament, UConn needs to maintain its wits and continue to fight.

Defensive pressure from Shabazz Napier and Ryan Boatright will need to make running offense very uncomfortable for the Harrison twins, and do it for all 40 minutes.  This morning on ESPN, analyst Dan Dakich mentioned Napier and Boatright’s defensive pressure as a huge reason for the Huskies upset over the Florida Gators, and as usual, he was right.

He also said that UConn needs to play 40 minutes, and what that means is the must avoid the surges that have propelled UK to wins in their last four games.

Causing discomfort and disrupting rhythm is what good defense is all about, and if it’s absent Kentucky will have its way with UConn.  Without forcing turnovers, Kentucky gets to shoot, and given the near 50% of an offensive rebound followed by a second chance, there is just no chance for UConn to win.

Because the Harrison’s have really improved over the course of the season, they will beat the best defensive backcourt in college basketball and the best player in the tournament in Napier.  That means Julius Randle, James Young, and Marcus Lee will get touches, and that means points on the first, second, or third shot at the bucket.

It might make John Calipari detractors physically ill tonight to listen to a post game press conference featuring more of his ludicrous blathering about the “toughest” road to a championship in history, and how his team was fueled by the negative chatter about how their 10 losses painted the Wildcats as a huge disappointment.

No one celebrates victory with a chip on his shoulder like Calipari.  Fortunately, the game tips at 9:10p, so the earliest Jim Nantz can hurl softballs to Calipari is roughly 11:30p as the over/under on going to the monitor in the last two minutes is three.

Kentucky wins tonight 74-68, unless UConn slows it down enough and defends well enough the keep the score down.  Then I’ll take UConn 60-54.