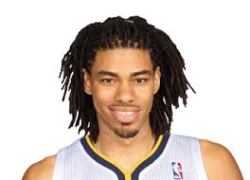 If you bet Chris Copeland would be the hero last night in Game 79, report to the window to collect your winnings.

The Indiana Pacers needed a win last night, a loss by the Miami Heat, and to get its starters some rest.  Check, check, and a big check as coach “Riverboat” Franky Vogel rolled the dice like a pro and went on a serious heater at the NBA’s late season craps table.

It takes a strangely confident and cool-headed leader to make the call to sit all five starters for what might turn out to be THE game that brings Game Seven of the Eastern Conference Finals to Bankers Life Fieldhouse, or sends it to Miami.

The media and fans were outraged when word came from Milwaukee that the plan was not only to start Donald Sloan, Luis Scola, Evan Turner, Ian Mahinmi, and Rasual Butler, but to keep Paul George, Roy Hibbert, George Hill, David West, and Lance Stephenson on the bench as cheerleaders throughout the game against the NBA’s worst team.  This was a high stakes move for a coach being criticized by everyone from team president Larry Bird and Indy Star thought leader Bob Kravitz to the ardent supporter in Area 55 and the G2 Zone.

But Vogel walked away smiling as the Pacers prevailed 104-102, Miami lost in Memphis 107-102 as their season is withering just as quickly as the Pacers were before Vogel went all in without any face cards.

Chris Copeland scored the last of his 18 points (in 17 minutes) on a well-defended drive from the right side as the clock hit 1.2 seconds to break a tie caused by some faulty foul shooting and predictable leaky defense.  And that was that.  The highest paid cheerleaders in basketball rushed the floor, Lance Stephenson gleefully tackled Copeland, and Vogel dodged the city of Indianapolis meeting him at the airport to boo him for throwing away the best chance to gain an advantage the Pacers have played 79 games to earn – home court until the NBA Finals.

Scola, Turner, Copeland, and C.J. Watson combined to make 30-of-48 from the field and 9-of-11 from beyond the arc to give the Pacers a very efficient offensive night.

The Pacers only trailed for 77 seconds in the second half, but nearly made Vogel’s gamble a miserable failure by pissing down their leg late at the foul line.  Missing three of their last four gave the Bucks a tie, but Copeland’s late heroics saved the Pacers bacon.

The name of the game in the NBA isn’t how, but how many, and right now the Pacers have 54 wins to the Heat’s 53 with a game Friday in Miami that could virtually salt away the #1 seed.  If the Pacers win Friday, they take a 1 1/2 game lead with two to play.  If the Pacers split those games (Oklahoma City at home, @ Orlando), they will finish with a 56-26 record.  The best the Heat could muster is an identical 56-26 record.

The tiebreaker would belong to the Pacers because of their 3-1 head-to-head mark.

If the Pacers lose Friday, they would fall a half-game back, but still have a chance for the top seed as they would own the second tiebreaker of best record in conference with a win against the Magic.  That would mean even if the Pacers lose to the Heat and then Thunder in their home finale but beat the Magic, they finish with a 55-27 record.  The Heat would need to win two of their final three (@ Atlanta, @ Washington, and vs. Philly) to clinch #1.

Let’s forget Finite Math for a minute and congratulate Vogel, who spent Wednesday night in Milwaukee smiling like he knew something the rest of us didn’t – that his second unit is better than the worst team in the NBA – especially when the Bucks roster is depleted by injury.

There aren’t many coaches who would put their careers on the line to rest a weary squad, but Vogel’s squad passed the first test of this gambit.  The second comes on Friday when the supposedly rested Pacers roll out to South Beach to either back up their boss or make him look like a quack who can’t diagnose and treat his team’s disease.

This is why millions watch the World Series of Poker on ESPN every year.  We love to watch a maniac go all-in to see if he can catch an eight on the river to fill his straight.

Vogel did it last night, but the Heat still have a lot of chips.