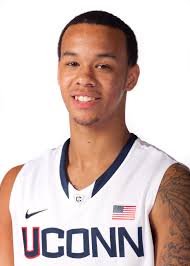 Shabazz Napier brought about change through a simple comment after the NCAA Championship. That is how shaky the NCAA’s leadership is today.

There are two kinds of leaders – proactive and reactive.  Proactive leaders pick apart their own dogma, rules, and strategies to make adjustments that enact improvements prior to external critique.  Reactive leaders put out fires, take public temperatures with polls, and adjust based upon which way the wind blows.

Some towns and cities wait until streets are marred with potholes to fix roads, while others repave streets regularly before the asphalt disintegrates.  With the NCAA in charge of the roads in Indianapolis, storm gutters and sidewalks would be filled with hubcaps dislodged by impossible to avoid pocks in the pavement.

In their latest effort to fix a problem that has existed for a very long time, the NCAA’s legislative council approved a proposal that will allow schools to feed students at any time they are hungry.  The move was prompted by UConn guard Shabazz Napier’s comment after winning the National Championship that he went to bed starving on occasion because he couldn’t afford food.

Napier’s claim was either an exaggeration or he needs a financial planner, but that the NCAA moved this quickly should tell collegiate athletes two things about the operation that governs their participation in sports – the NCAA staff is sensitive to noise, and they have no interest in doing the right thing because it is the right thing.

Hunter S. Thompson was a great political/sports writer and practical thinker who said that when someone complains about the loud music coming from your hotel room, turn it up and eventually they will stop complaining.  That’s perfect advice for college athletes trying to change the landscape of their governance.

With the many attacks currently being waged upon the establishment of big money college football and men’s basketball, never has there been a better time to make noise about nutty NCAA rules.

Napier hit upon just one of them.  Why allowing the feeding of athletes 24/7 was prohibited until now is not the salient question to ask today; it’s why someone inside the NCAA didn’t raise enough hell to motivate the change prior to Napier’s very public and logical complaint.

What corruption within the rule making, rule breaking, and rule enacting structure of the NCAA requires an external complaint from a 22-year old to motivate change?  That’s the question that NCAA president Mark Emmert needs to answer.

The status quo is safe harbor for those who have reached the pinnacle of their profession – like college presidents.  With nothing ahead but retirement, change can only cause friction, and too much friction causes premature retirement.  Very few college administrators want to take the risk to enact significant change – even for all the right reasons – because great risk lurks in the shadows of change.

Click here to stop hiding your teeth when you smile – Dr. Mike O’Neil of Today’s Dentistry will fix them today

For every alteration is the current structure, the likelihood of unintended consequences for bureaucrats multiply exponentially, and administrators don’t climb to the top of a mountain because they move boldly toward the unknown.

Mistake averse leadership moves only when the cost-reward ratio tilts toward a greater penalty for staying put, and as college athletics leaders have milked the teat of the status quo completely dry, that ratio finally favors the athletes.

The landscape is so shaky that an athlete can gripe, and force a fundamental change in less than two weeks.  This committee’s action requires approval by the membership to go into effect on August 1st, but it would defy reason for the college presidents to reject a measure that allows them to feed hungry athletes.

The O’Bannon lawsuit will finally go to trial in June, the Northwestern football team will vote to unionize soon, and several other lawsuits will move forward over the coming months.  College athletics will either change through or around the NCAA.  It’s their choice.  Until then, Emmert and his staff will answer complaint calls for a rule book filled with potholes.