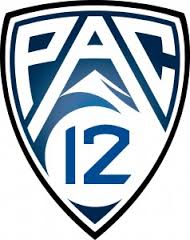 There is going to come a breaking point in this process of separation between the 65 big conference schools and the other NCAA Division One schools, and it moved a couple of steps closer with a letter authored by the Pac-12 presidents that was sent to the other 53 presidents of the High Five.

The letter represents an acknowledgment that the dam of amateurism in collegiate athletics is leaking, and meeting for months and years with thumbs planted rectally to choose which holes of the dike presidents should stick their fingers is going to allow a breach that cannot be stopped.

In the letter, as reported by the Associated Press, the presidents outline a 10-point plan, and urge swift movement before the question of amateurism winds up being decided in the courts, where the judges decide what is right rather than the universities themselves.

The 10-point plan answers several of the issues that drove members of Northwestern’s football team to seek the option to be legally classed as employee and to unionize.

The obvious intent is to remove reasons athletes might find to challenge the amateurism ideal that is applied to those who appear to engage in all the activities associated with professional sports minus enjoying their share of the spoils.

All are steps in the right direction, and serve notice to members of the NCAA Division One not part of the High Five that if an amount of autonomy is not granted to the big schools, another method of redress will ensue.

College sports are quickly approaching a crossroads, and the status quo cannot continue to be tolerated.  Evolution continues, and the players who are at the center of the debate are going to be treated differently one way or the other.

The presidents of Pac-12 schools showed they understand the urgency needed in changing the game.  Either the presidents can manage their way through this potentially catastrophic era of serious adjustment, or they can be victims of it.

One way or another, change is coming quickly.  Athletic departments can either guide the train or be run over by it.