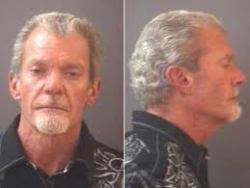 If it’s unfair to look at Jim Irsay as a criminal because of his disease, why is it different for Josh Gordon and Justin Blackmon.

Indianapolis Colts owner Jim Irsay is an addict.  He has a disease, and doing time is going to do nothing to change that, so the Hamilton County prosecutor’s office filed charges two C misdemeanors related to his March 16 arrest.

Is there a double standard at work here?  Would you or I have access to that same level of forgiveness and compassion from law enforcement if we found ourselves in the same jackpot?  Likely not.

NFL Commissioner Roger Goodell will now look at the charges and decide whether Irsay’s poor decision to drive high requires a consequence beyond what the legal system prescribes.

A double standard is what they will be looking for.  When NFL players with a history of drug abuse screw up, the NFL brings the hammer down with swift and sure precision.

Cleveland Browns wide receiver Josh Gordon tested positive yet again for marijuana, and is facing a one-year ban.  Jacksonville Jaguars wide receiver Justin Blackmon has flunked multiple tests for pot and is also looking at a ban for the 2014 season.

The test Irsay flunked was not administered by the NFL, but there is no conceivable justification be for Irsay to be treated differently than either Blackmon or Gordon.  He too is a repeat offender, and he too sullied the Shield.

Irsay did nothing to diminish the Colts on-field product, but neither did Gordon or Blackmon.  If you want to make a case by case comparison, a couple of young black athletes doing a few bong hits is trumped by an NFL owner driving 10 mph with multiple prescription bottles and $29,000+ in cash.  Gordon and Blackmon are indiscreet youths.  Irsay?  We don’t quite know what they hell was going on there.

As far as damage done, a successful Super Bowl bid would have meant a huge influx of cash to the Indianapolis community, and while owners have told members of the Indy delegation that Irsay’s arrest was not a factor in it finishing third among Minneapolis and New Orleans, it didn’t help.

While Vikings owner Zygi Wilf was lobbying his follow owners to get the votes needed, Irsay was in 12-step meetings baring his soul.  Not that he would have done a lot of good had he not been arrested – billionaires tend not to listen seriously to pill fiends – but Irsay dealing with his demons removed him as an asset.

I’m no expert on the personal conduct code by which all NFL personnel are bound, but I’m pretty sure there isn’t a clause that excuses addicts, or both Gordon and Blackmon would be candidates for absolution too.

There are very few civic assets worth more to the City of Indianapolis and its citizens that the Colts.  It isn’t too much too ask that the team is led by a reasonably sober and responsible man or woman.  Irsay has recently given ample-plus reason for doubt in those two areas

Goodell has shown himself capable of stepping to the disciplinary plate with a big bat, and if this was a circumstance where what was best for Irsay was the most important consideration, his decision on penalty would likely mirror the Hamilton County prosecutor.

But the players and its union are watching closely, and won’t tolerate a double standard.  Addiction is a disease, but hypocrisy is a curse that could turn the sad story of a lonely and struggling man into a mess that will captivate the media.

The NFL enjoys negative media attention like Colts fans appreciate former wide receiver and Super Bowl onside kick fumbler Hank Baskett.  Look for Goodell to leave no doubt that there is one set of rules for the NFL regardless of wealth, status, or disease.

One thought on “Hamilton County gives Jim Irsay a pass; what will Roger Goodell and the NFL do?”