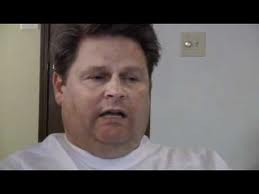 Pat Mullin has been an exceptionally successful summer basketball coach for two decades, and not just because his teams win – a lot.

Against some of the highest ranked boy’s basketball players in the country, Indiana’s own EG10 Central Stars 17 & under team finished the unique regular season of the Adidas Gauntlet with a 14-2 record.

This is nothing new for coach Pat Mullin who has won with lesser known talent in the past.  Matt Howard, Zach Randolph, JaJuan Johnson, Jeremy Hollowell, Pernell Smith, Ronnie Johnson, and Nick Osborne are among the players who have come to Mullin as unknowns and left for college ready to contribute.

During the Indianapolis stop on the Adidas Gauntlet, they were the one team I saw that could play solid man-to-man defense, and force teams to execute an offense that required screens and basic basketball strategies.  That’s also the reason Pat sends a disproportionate number of his players to play college basketball.

The offense is simple – deliver the ball on target and on-time, and never pass up an open shot.  Funny how simplicity in basketball works among people who play well together.

The regular season will provide seeding for the Super 64 in Las Vegas from July 23-27.  For those unwilling to travel to Vegas to watch summer basketball played by great kids – and count me among them – Mullin’s team will play at North Central High School on July 9-13.

You will see a lot of what isn’t typical in summer ball – generosity, focus, and precision.  It’s typical Indiana basketball played by fundamentally strong kids, most if not all of whom will play in college.

They are following a rick tradition of players who were recruited for the same reasons and coached to play in the same way.  Some wind up in the NBA, some coach, and others move on from the game they played so successfully, but all remember very fondly the success, fun, and friends that playing for Mullin brings.