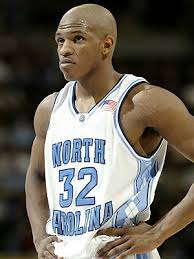 Rashad McCants is about to turn 30, is on the downside of his professional hoops career, and realizes that a real education would be nice to have.

It takes guts to tell an unpopular truth, and the unpleasantness former University of North Carolina academic advisor Mary Willingham has experienced speaks to why.

Willingham is seen as a whistle blower – a boat rocker – whose unveiling of a paper class system at UNC where athletes unprepared for typical academic rigors were funneled into phantom classes and had work completed by tutors was grossly unpopular among school administrators and fans.

Today, espn.com published a piece containing an interview with former UNC basketball player Rashad McCants who says that he earned straight-A’s during a semester despite never attending a class.  He was on the university’s Dean’s List, but did no academic work at all.

McCants says that coach Roy Williams not only knew about the African Studies classes that provided grades to allow him to remain eligible for basketball during the 2004-2005 season that resulted in a National Championship for North Carolina and Williams, but used manipulated the system himself.

It’s frightening that so much vitriol has been heaped upon Willingham for her honest concerns for the athletes she was paid for many years to help through academic challenges.  According to her, dozens of football and basketball players were admitted to UNC despite a fourth grade – or worse – reading level as they entered school.

Willingham is a hero in this sordid mess for exposing the university and helping change the experience for athletes who are promised a college education at North Carolina in return for their on court and on field efforts.

During a time when everyone in college athletics is getting paid relatively huge sums of cash – Kentucky’s John Calipari agreed to a new contract yesterday that will pay him an average of $7.5 million during the next seven years – the compensation for playing is said to be “a free education.”  If through academic fraud, that education is stripped as an asset, the athlete receives nothing of value but food and a bed.  Convicted criminals get that in prison.

By telling the truth about UNC’s corruption, Willingham and McCants have made it impossible for the athletic department to continue issuing fraudulent grades and diplomas.

To think that North Carolina is alone in its shame as an institution of higher learning that chews up and spits out athletes without providing anything resembling an education is absurd.

When some men’s basketball and football coaches are paid nearly $10-million per year, it’s clear the university’s priority has nothing to do with academic excellence.  Sports management professors at the University of North Carolina earn just under $70,000 per year.  Williams is paid just under $2M annually, (given what Calipari is paid, Williams needs a new agent), and the cash is not to based upon his ability to ensure academic success.

The schools who recruit bonafide students and encourage them to develop their minds toward earning a meaningful degree with the same passion used to build their bodies for potential championship runs should be praised.

For those universities who develop players’ physical skills while allowing them to breeze through meaningless classes, may someone who knows that dirty secret find Willingham and McCants’ strength to reveal that truth so that the environment is forced to change – as it supposedly has in Chapel Hill.

And may the NCAA reserve its largest hammer to beat renegade schools into genuine compliance and an atmosphere of academic promises kept.

For more on the shame of North Carolina, catch “Outside the Lines” this afternoon at 3p.