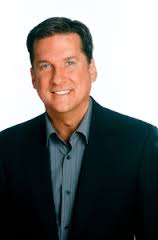 The challenge of creating from whole cloth a three-hour sportstalk radio show each weekday is much more fun than I thought it would be – and I thought it would be a riot.  That is what surprised me most during the first week of hosting the Kent Sterling Show (catchy name) Monday-Friday from 3p-6p on CBS Sports 1430.

I know from my days coaching talent that there are four qualities to a great radio show – authenticity, relevance, innovation, and fun.  People often believe fun is a self-indulgence that means talent should do cartwheels through their time on the air and not give a damn about the quality of the show.

I have heard a lot of that kind of radio over the years, and have no interest in it as a listener of host.  That’s not the kind of fun I want to have because it’s tedious for the listeners, and the last thing I want is to be tedious.  The fun in hosting for me is in blocking the 12 segments of the show everyday to make sure we are sharing something interesting about sports during every segment.

The performance of the show is the best time I can have, and I can’t imagine that changing.  Talk radio is a weird beast of a high wire act.  Sharing perspective, getting guests to speak freely in a way that enlightens, and doing stuff that surprises and delights is as engrossing a dare as I can imagine.

My road to hosting has been unique to say the least.  Not many go from producer to manager to talent over the course of 20 years, but it’s probably for the best it worked this way for me.  Running a department of talented people has brought me empathy for coaches I never would have developed otherwise, so when I talk about the potential differences in a team’s direction between Frank Vogel and Larry Bird, Chuck Pagano and Ryan Grigson, or Tom Crean and Fred Glass – I’ve been there.  I’ve sat across a desk telling my boss that he was wrong, and I’ve had it done to me.

Being on the opposite side of cultural difference with a guy who can fire you is difficult terrain that can gnaw away at your soul and cause a disruption in your moral compass the first time through.  And it’s no easier trying to convince an employee of your own of the need to adapt to a new outlook when you know that refusal will likely result in firing.

Players and coaches are trying to provide for a family during what is often a very brief period of time in professional sports, and the stress is beyond intense.  Fans look at the guys on the court or field, and see idols, but they are also employees, fathers, sons, and brothers.  Coaches are middle managers.  GMs are middle managers too.  In fact, everyone in the Pacers and Colts front office not named Simon or Irsay is in middle management.

None of that is why I love getting to the studio everyday, but it is one of the qualities that makes the show unique.  Dan Dakich’s show on 1070 the Fan is unique in the same way.  He has resigned, been fired, fired others, and cajoled and prodded employees.  He’s been treated well and poorly, and he’s done his best to treat others well as individuals while keeping himself focused upon the good of the team.  That brings empathy and understanding.

I wish the week had been filled with nothing but great segments, but sadly I droned on and on for nearly two minutes about Vanderbilt’s athletic department yesterday, and finally had to yell briefly at myself for a monologue that appeared to have no end.  I could literally feel the disinterest of thousands of people in their cars as I pontificated about a university five hours south in which 99.2% of Hoosiers have no interest.  In my mind, I saw listeners banging their fists on the dashboard trying to get me to stop.  So I did.

Instead of guests like Pat McAfee, Stephen Holder, Pete Rose, Chris Copeland, Joe Reitz, Brandon Miller, Bob Kravitz, and so many others, I think about that one blown opportunity.  I guess that’s what causes learning.  Hope it doesn’t happen again.  Listeners deserve better.

Giving people a reason to listen and come back is the goal every time we pop open the mic.  Nick Bosak is my producer, and we see every segment as being in front of an audience.  Mailing it in is disrespectful even for a moment.

Perfection isn’t an option, and the learning is constant, as is the motivation to always  provide something cool for listeners who trust us with their time.