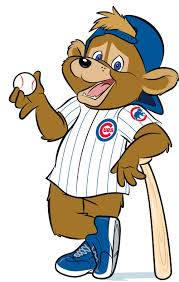 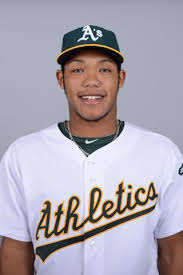 And this is Addison.

And fans continue to play their part in this fleecing.  WalMart quality with Sak’s Fifth Avenue prices should disenfranchise customers quickly and permanently, but it doesn’t.  Such is the intractable arrogance of the Tom Ricketts regime on the north side of Chicago.

Most teams need to win to attract fans, but not the Cubs.  The Cubs get a pass because another five years isn’t too much to wait when in the middle of an 11th decade of witnessing relentless mediocrity.

I have no problem with the deal that sent Jeff Samardzija and Jason Hammel to the Oakland A’s for uber-prospect Addison Russell (let’s hope images of marketing campaigns featuring a pic of Clark the Mascot and Addison played no role in the decision to pull the trigger), 2013 first round pick Billy McKinney, pitcher Dan Straily, and a player to be named later.

The Cubs had no chance to contend this season, so why not deal a player who was done with the Cubs at the end of the year anyway along with a pitcher who was signed with the specific intent of dealing him?  The question of whether the Cubs should have gotten more will be answered when we know exactly how good Russell and McKinney are going to be and just who the player to be named is.

With half the season gone, the Cubs – even after a nice 24-19 stretch – were likely to finish last in a very tough National League Central.  Winning 75 games would bring no permanent joy to Wrigley Field, so swapping valuable pieces for youth is a logical way to build a successful organization.  But if the Cubs are committed to a strategy that will bring wins no sooner than 2016, and more likely 2020, charging top five prices to watch the 2014 team is a disingenuous swindle.

The only reasonable response from fans is to wait to invest cash in watching the Cubs until the best talent in the organization is playing in Chicago rather than Iowa, Tennessee, Daytona, and Kane County.

Bad deeds deserve a consequence, and the only consequences the Cubs brass will understand are 40,000 empty seats.  There are meetings being held at Wrigley Field to discuss the stupidity of the fan base and the boundary the Cubs must not cross in order to cause less than two-million rubes to pay through the nose watch baseball played poorly.  That line is obviously far removed from a fourth season of 90+ wins with major league talent at only two positions.

It would be easy to feel sympathy for the players, who have again been thanked for overcoming their mediocrity to play reasonably decent baseball with a pillaging of the starting rotation, but they are paid damn well to watch and play bad baseball.  Fans have to go into their pockets to watch this unbearable slop.

So the long list of prospects’ names Cubs fans rattle off to explain their continued hope grew by two yesterday, and the timetable for winning remained vaguely the same, unless the spigot is reversed to exchange prospects for current major leaguers – an act of lunacy that would corrupt a longterm build strategy.

Javier Baez, Kris Bryant, Arismendy Alcantara, C.J. Edwards, Jorge Soler, Albert Almora, Kyle Schwarber, and now Russell and McKinney will roll much more easily off the tongues of Cubs fans than those of Schierholtz, Ruggiano, and Valbuena – even though the exorbitant prices they pay are to watch the latter group.

Ricketts better hope that team president Theo Epstein and general manager Jed Hoyer are right in their assessment of the future Cubs.  If these can’t-miss prospects actually miss, an entire generation of baseball fans will have been lost, and there will be no getting them back.  There is a limit to the stupidity of human beings with disposable cash, even Cubs fans.

2 thoughts on “Chicago Cubs trade great for the future; that’s when you should buy tickets”