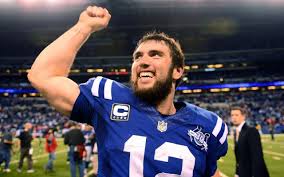 One win in Jacksonville doesn’t make the Colts a lock for another AFC South crown, but the precision of their effort revealed a potential champion.

When the NFL schedule makers decided to front load two tough opponents for the Indianapolis Colts, they might have done them a big favor.

Coming off two consecutive 11-5 seasons, the Colts entered 2014 feeling pretty good about themselves.  That confidence was broken quickly by consecutive losses to the Denver Broncos and Philadelphia Eagles.

Their response was to regroup and exert a serious level of focus to avoid dropping to a difficult to climb out of 0-3 hole.  The Jacksonville Jaguars paid the price as the Colts destroyed them in a virtually perfect 30-0 first half of football as the Colts scored three touchdowns and three field goals on their six drives while allowing only two first downs for the Jaguars.

Jacksononville was so awful that they tossed the plan to sit first round prize quarterback Blake Bortles and unwrapped him for a second half that was played only because the NFL mandates that games last 60 minutes.

Andrew Luck – the Colts own prize pupil quarterback in his third year – was outstanding, completing 31-39 passes for 374 yards and four TDs.  His stats would have been gaudier if not for several drops by receivers we won’t name because why sully a beautiful positive post like this one with a recitation of errors.

This was as good as it gets in the NFL – a drama-free funfest that allowed back-up QB Matt Hasselbeck and some of the rest of the second teamers to get some run.

The fun should continue this weekend with a home game against the terrible Tennessee Titans, who are 1-2 on the young season having lost their last two games to the Dallas Cowboys and Cincinnati Bengals by a combined score of 59-17.

Then another home game against the thoroughly repellent and mediocre Baltimore Ravens follows.  Because of the franchise’s response to the Ray Rice incident, I would like to see the Colts decimate the Ravens.  The text that Ravens owner Steve Biscotti sent Rice with a job offer following the end of his football career was as blatant an attempt at quieting a witness you’ll see outside an old episome of “Law & Order,” and for that reason I can never see the Ravens again as anything but a miserable collection of oafs deserving of repeated Adrian Peterson style ass-whippings..

Next of what should be a nice run of wins will be a road game against the Houston Texans, and make no mistake, the Texans are a lot closer in quality to the team that took a 30-17 beating by the New York Giants than the one that started the season 2-0 with wins over the sadly inept Washington Redskins and Oakland Raiders.

Taking care of business in those three games would leave the Colts 4-2, and in the driver’s seat of the AFC South.

After that, the road may get a little bumpy with a home game against the efficient Bengals, followed by trips to Pittsburgh and the New York Giants, and finally a chance to avenge last year’s playoff loss to Tom Brady and the Patriots at Lucas Oil Stadium.  Splint those four, and the Colts are 6-4 with home games left against the Jaguars, Redskins, and Texans.  Road games will remain against the Cleveland Browns, Dallas Cowboys, and Tennessee Titans.

Winning five of those six is a moral imperative.  That takes the Colts to the 12-4 record many expected when this 16-game shootout began.

All this predicted success depends upon the Colts remaining healthy.  More injuries to the offensive line, defensive front seven, or – God forbid – to Andrew Luck, and recalibrations will be required.

The Colts offense, as currently constructed, as filled with weapons that can be a nightmare to defend.  If injuries start chipping away at that arsenal, this season could evolve into an unpleasant ruin.

No one expects the Colts to dispatch every opponent with the explicit excellence fans witnessed yesterday, but they will be the better team on paper at least 11 more times this season.

When the weather turns cold, and the Jaguars, Titans, and Texans are packing for a January vacation in Turks and Caicos, the Colts should still be studying and preparing to advance at least one round further in the postseason than last year.