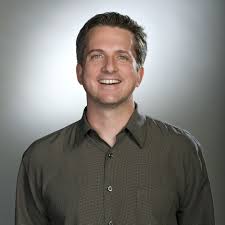 Bill Simmons is a good writer and thinker, and that makes what he said on his podcast hard to explain.

Not sure what ESPN pundit Bill Simmons was trying to accomplish when he called NFL commissioner Roger Goodell a liar, and dared ESPN management to punish him for doing so, but if he wanted some time off – mission accomplished.

Simmons has been suspended for three weeks because of a rant in his podcast that crossed a line twice into areas a guy as sharp as Simmons knows would cause that level of consequence.

It makes me think that Simmons either tried to get fired or has become so unhappy at ESPN that he attempted employment suicide through open-mic idiocy.

Taking Simmons side in this squabble is too easy.  ESPN is a huge brand – the Worldwide Leader of Sports – and as such enjoys relationships with all three major sports league that require it to enforce a “stick to the facts without getting personal edict” for its talent.

While I am as nauseated as anyone by the toadying to the NFL that we hear from Adam Schefter and Chris Mortensen, tolerating a talent who resorts to name calling is impossible.  What Simmons said isn’t just inflammatory enough for the NFL to be rightly indignant, it’s journalistically weak.

Simmons gave ESPN an opportunity to call the NFL to show what a good partner it is before the NFL had a chance to dial Bristol to demand sanctions against him.

Whether Simmons had an ulterior motive or not, he crossed the line by such a wide margin that he allowed the Mothership to both crawl into bed with the NFL, and not feel or look dirty for doing it.

Here is what Simmons said, “I just think not enough is being made out of the fact that they knew about the tape and they knew what was on it. Goodell, if he didn’t know what was on that tape, he’s a liar. I’m just saying it. He is lying. I think that dude is lying. If you put him up on a lie detector test that guy would fail. For all these people to pretend they didn’t know is such f***ing bull***t. It really is — it’s such  f***ing bull***t. And for him to go in that press conference and pretend otherwise, I was so insulted.

“I really hope somebody calls me or emails me and says I’m in trouble for anything I say about Roger Goodell. Because if one person says that to me, I’m going public. You leave me alone. The commissioner’s a liar and I get to talk about that on my podcast. Thank you. … Please, call me and say I’m in trouble. I dare you.”

Two mistakes by Simmons – when you dare management to pick up the phone, even a cowardly and incompetent manager will do exactly that, and calling a guy like Goodell a liar will prompt reasonable complaints.

Saying a guy like Goodell was not truthful in his comments during a press conference is different from calling him a liar, and that distinction is well known by a guy as smart as Simmons.

Click here to enjoy the best possible care for your teeth from a great dentist!

While ESPN is way too sensitive to the complaints of its partners, Simmons did the virtually impossible by making them seem reasonable for silencing a voice that fans to this point have respected.

Fans of transparency in media coverage were done a great disservice by Simmons when he got it so wrong that he made ESPN management look right.  It was irresponsible, and without a reasonable explanation – like the desire to manipulate some additional time off – it makes Simmons appear to be a lot less intelligent than many believe him to be.