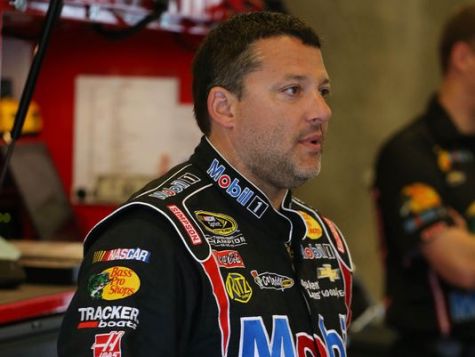 Tony Stewart will not be charged by an Ontario County (N.Y.) Grand Jury in the death of Kevin Ward Jr. That news came across the wire Wednesday afternoon. Do you know what won’t come across the wire any time soon?: Apologies from those who rushed to judgement without knowing the facts, including media and talk show hosts across the country who, in some cases, berated those who dare suggest it could have merely be an accident.

Facts are all we can judge on. Conjecture is, well, conjecture.

Up until Wednesday, the only fact we knew for sure was that Ward walked onto the middle of a hot racetrack. That’s all we really knew for sure. Yet, that which was arguably the most egregious mistake in all of this tragedy was most ignored by those who wanted to prosecute Stewart of something, even if it was nothing more than being a hot head. Little did we even know Ward was possibly impaired, as we’ve just learned.

According to reports, the grand jury announced that there was no evidence of a criminal act. The case was handed over to the grand jury by District Attorney Michael Tantillo.

In New York state , any case that possibly involves felony charges must be reviewed by a grand jury for a possible indictment. The grand jury decided no criminal charges should be brought against Stewart.

Tantillo said “two dozen” people were interviewed and said that Ward had marijuana in his system and that the amount found was “enough to impair judgment.”

“There is toxicology evidence in the case related to Kevin Ward, that actually indicated at the time of operation that he was under the influence of marijuana,” Tantillo said

Tantillo also said that there was no evidence of “aberrational” driving from Stewart before he hit Ward. Two videos of the accident were used as evidence in the investigation.

“Those videos were examined in detail. They were enhanced. They were run through programs that allow the frames to be isolated,” Tantillo said. “They were run at 75, 50 and 25 percent speed. They were overlaid with grids and data and they were pretty important pieces of the evidence here.

“The videos did not demonstrate any aberrational driving by Tony Stewart until the point of impact with Kevin Ward, at which his vehicle veered to the right, up the track as a result of the collision. Prior to that his course was pretty straight.”

For some, this still won’t be enough to keep them from prosecuting Stewart for something in their minds and allowing this tragedy to rest in peace. We live in a rush to judgement society. And the media has often followed this course of societal action. It’s too bad and frustrating. But I’m not shocked at all by the opinions that spewed out  before we or a jury of investigators knew all the facts. It’s what we do now: prosecute someone – even if only partially – without really knowing what we’re talking about. We do it in sports. We do it in politics. We do it in life. We’ve done it before and we’ll do it again.

I respect those who withheld judgement in this case. It was a horrible tragedy and the worst sentence of all is someone lost their life, family will forever mourn and someone else will have to live with the edible memory of that tragic night.