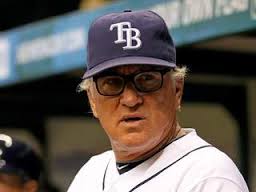 Joe Maddon will give the Cubs immediate credibility, but that’s not the most important attribute shown by his hiring.

As a lifelong Chicago Cubs fan, I have learned not to indulge in the last emotional refuge of the truly pathetic – hope.

“Life in hope; die in desperation,” is a quote that should be spelled out in the ivy on the Wrigley Field outfield wall that Bill Veeck planted 75 years ago.

Every spring training, I explain in very pragmatic terms why the Cubs will fail in their efforts to compete for their first world championship in 106 years.  And I am always right.

The Cubs have suddenly and surely changed the game with the hire of Joe Maddon – a truly transformative figure in baseball.  With a payroll averaging $40-million beneath the median, and sometimes one-third that of division rivals New York Yankees and Boston Red Sox, Maddon has won 90 games or more in five of nine seasons as manager of the Tampa Bay Rays.

Maddon has gone to the playoffs four times and the World Series once managing a team without the ability to spend while playing in front of indifferent fans.

When Maddon announced last week that he was opting out of his deal with the Rays in order to test the market, it appeared he would head to the Dodgers to join his old boss from Tampa, Andrew Friedman.  Both the Cubs and Dodgers currently have managers in place, and rarely do teams make a change without being prompted by the failure of the current regime.

Management of most organizations fail to replace employees until they fail their way out.  Few are wise enough to embrace the thought that improvement can be made by supplanting good with great.

In 2014, the Cubs were managed by the decent and good Rick Renteria.  He did a lot right in leading a terrible team to 73 wins, but he is not Maddon.

The Cubs know it, and are making the kind of big boy decision that so often eludes the narrow mindset of typical baseball ownership that normally embraces cronyism.

Maddon is a game changer, and walks into Wrigley Field as the best Cubs manager since Leo Durocher, and maybe Joe McCarthy, and that move has my normally reliable Cubs fan heart beating in a strange rhythm – a cadence not felt inside my chest since 2003, and 1989 before that (I was was smart enough to avoid buying into the 1998, 2007, and 2008 teams).

The Cubs farm system’s quality doesn’t give me pause to suspend cynicism about the Cubs, and Maddon being in the dugout is only a curiosity at this point.  The reason I feel the unwanted hug from hope is that the Cubs are finally making a decision that is both personally difficult and strategically wise.

That is what successful organizations do.

There are those who will be critical of the Maddon’s pursuit of the job while it is filled by another guy, and others who will look at the Cubs as disloyal toward Renteria.  Those thoughts are driven by envy and/or stupidity.

Renteria is going to get a couple of million bucks to walk out the door with a smile on his face and a song in his heart, and Maddon will give the Cubs a significantly improved chance to win.  Everybody should be happy.

Cubs fans – even the jaded jerks like me who find it hard to fathom the kind of late October party at the corner of Clark and Addison dreamed of by Cubs brass – should see the move to hire Maddon as a tectonic change in corporate strategy.  Finally, winning has become the goal for the Cubs, instead of wrenching every possible dollar from a brand and team supported by fans who refuse to fade like their team relentlessly has for better than a century.

This weekend might be the moment that the Chicago Cubs pivot away from a legacy of losing, and embraces a future of winning.  In a division with Mike Metheny, Clint Hurdle, Ron Roenicke, and Bryan Price, Maddon will be the best of the bunch.  That is a big deal, but not as big as the decision by the Cubs to pull the trigger.