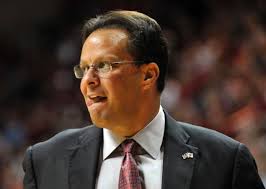 It’s easy to watch the most recent de-evolution of Indiana Basketball and get angry, but let’s take a deep breath and calmly evaluate the events of the last 72 hours.

Whatever is going on at Indiana with alcohol-related arrests, dirty drug tests, and the subsequent suspensions, it’s easy to question the culture being enforced in Bloomington.

Speculation is rampant as to the ultimate disposition of coach Tom Crean, and there are plenty of opinions available on radio and social media as to what should happen to the players who have shown themselves incapable of either understanding or following rules.

Crean decided that suspending Stanford Robinson and Troy Williams four games for failing drug tests would be the attention getter than has been lacking.  Freshman Emmitt Holt was also suspended four games for his illegal consumption and OWI citations that resulted from the SUV vs. head accident that landed Devin Davis in the hospital with a fractured skull.

Holt issued a statement earlier tonight, “Devin is not only a teammate but a great friend and it pains me to know that I have caused him harm.  I sincerely regret my actions and I understand that I must be held accountable to the high standards that Coach Crean and IU have set for all of us.  I want to apologize to Coach, to my teammates and to the entire IU community for not living up to the expectations that this program and university deserve.  I will work hard in the coming days, weeks and months to become a better man and teammate.”

Whether the suspensions are enough will be seen over the next few months as players will either ignore the message intended with that discipline, or toe the line in a way that implies understanding.

Arguing the merits of discipline as meted out by Crean, or the justification of the decision to allow players to continue as part of the team avoids the question that needs to be answered by every member of the Indiana program – what does it mean to play basketball at Indiana?

People in the state, graduates of the school, and those affiliated with Indiana all over the world feel Indiana Basketball should represent the best of the university and state.  Grades should be made, degrees should be earned, and National Championship banners should be hung.  Do it right.  Do it better.

What it shouldn’t be is arrests and drug test failures, and let’s be honest, 17-15 seasons are tough to stomach.  An adult needs to assess whether the players involved in these events, and the coach who creates and enforces the culture of Indiana Basketball have a sufficient understanding of what Indiana Basketball means and how to achieve those lofty goals to continue in those roles.

That adult is athletic director Fred Glass, who must now assume the unpleasant position of brand protector – which means from this point forward his name and position is attached to the behaviors of the players and the disciplinary tactics of the coaching staff.

The conversations taking place wherever Indiana fans gather are meaningless.  Does Crean stay or go?  Does Robinson deserve to wear the jersey after two indiscretions?  Is a four-game suspension enough to get players yet to grasp the gravity of their situation at Indiana?  All are open for conjecture.

What is known is that the consequences Crean felt were appropriate in the past were not enough, and that the current crop of players who have run afoul of drug tests and the law do not understand what Indiana Basketball means to those who have gone before them.

But it’s not for a bunch of old guys to define Indiana Basketball.  That’s the job of the current roster and staff.  It isn’t words that will provide their legacy, but actions.

Click here to save your teeth! The best dentist in Indiana wants to help your teeth shine – Dr. Mike O’Neil at Today’s Dentistry!

In 2014, Indiana Basketball is a troubled program with a roster of entitled and enabled young men yet to grow out of their selfishness and haughtiness led by a coach unable or unwilling to impart the lessons of humility and cooperation through impossible to ignore penalties.

What happens next is dependent upon whether losing the right to play four games is enough to discourage another round of immaturity and self-indulgent behavior.  If it isn’t, what Indiana Basketball means will be sullied no less permanently than it was by the rampant NCAA non-compliance by Kelvin Sampson and Rob Senderoff less than seven years ago.

4 thoughts on “Indiana Basketball – Given lack of respect shown by players – what does playing for Indiana mean in 2014?”