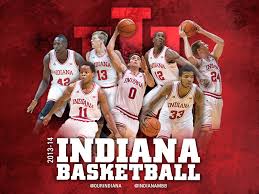 When fans care more than the players, it’s time to re-plate the front page of our lives.

Can’t people present an opinion anymore without those who disagree losing their minds?

For whatever reason, recently I have been assailed for voicing a variety of opinions, and I just don’t get it.  Because I didn’t enjoy waiting a long time at the Apple Store yesterday, I am a “prick,” “douchebag,” or worse.  Because I vote against incumbents, I am narrow-minded.  And because I believe Indiana Basketball cannot thrive  longterm due to the spate of alcohol and drug issues, I must be a Tom Crean hater.

Actually, the number of those on the attack in response to people questioning the need for a change in leadership at Indiana has been small and quiet by comparison, but there have still be a couple of radicals who spend their time shouting at people seeking truth.

Regardless of whether you like and respect Crean, and I do, it’s impossible to see how the players actions over the last nine months have enhanced Indiana’s position in recruiting.  Short term fixes that brought the wayward folks into the Indiana Basketball program were high risk, luke warm reward moves engineered by Kenny Johnson, and that’s why I didn’t mourn his decision to abandon Bloomington for Louisville.

Indiana is in need of a serious infusion of mature talent – the kind of young men represented by Jordan Hulls, Cody Zeller, Victor Oladipo, and Yogi Ferrell.  Yes, Ferrell fell out of the mature category with his arrest last April when he was arrested for trying to use a fake ID to gain entry to Kilroy’s Sports, but when he got to Bloomington, he appeared to be the latest solid Hoosier to report to Bloomington.

Hard to argue with that, but people do.  They view those who trumpet Indiana (the state, not the university) as a bastion of basketball purity and unique hoops instinct as xenophobic buffoons.  Rather than just agree to disagree, they launch into violent diatribes that bring more bluster than content to the discourse.

Whether Crean survives this mess of his own creation I don’t know, but there will be plenty of vitriol on both sides regardless of the outcome.

No one enjoys a verbal sparring match more than I do, but the relentless yammering of those without the ability or desire to listen is exhausting.  Noise does not equal logic or intellect.

And what the hell are we arguing about anyway?  It’s basketball played by 18 year olds for goodness sake.

Sure, we want to see Indiana represent the best of what this state holds when on the basketball court, but how each of us chooses to behave in our homes is far more important – how we treat our family, friends, and neighbors represents who we are.

That is far more important than 10 kids running dribbling, and shooting an inflatable orange ball.

Click here to get your teeth fixed by the best dentist in Indiana! Dr. Mike O’Neil of Today’s Dentistry

And Hoosier basketball fans look like members of the Algonquin Round Table compared to the fans of SEC football.  Paul Finebaum makes a handsome living by opening up the phone lines and allowing the insane rant about Bama, the Gators, Death Valley, and the Georgia Bulldawgs.

It’s silly and fun, and as long as we view it through that prism, we are using collegiate sports as a diversion.  When it becomes the chief priority in our lives, or the cause for relentless disharmony, it’s time to assess and realign priorities.

Paying a coach $7-million per year is completely out of whack, but given the revenue at stake it can be explained.  Bickering to the point of fury because of college basketball is just nuts.

Take a deep breath, ask what really matters to you, and smile.