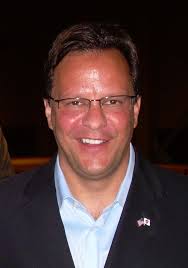 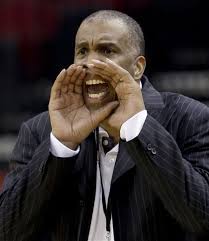 Mike Davis’ return to Assembly Hall last night as Indiana defeated his Texas Southern team piqued my curiosity about his separation from Indiana University in 2006, and what has changed in Bloomington as a result.

I was no fan of Davis.  He seemed unsure of his ability to lead, and spoke his mind in a way that conveyed a lack of understanding about exactly where he was and what was expected by Indiana fans and boosters.

The stories about Davis recruiting Indiana high school players were odd – at best.  He was indifferent toward Lawrence North point guard Mike Conley while passionately pursuing his teammate, big man Greg Oden.  Everyone knew they were a package deal, and that Conley was at least the equal of Oden in on-floor impact.

Ignoring one while pitching the other was dumb, but I heard from several in the Lawrence North program that Davis did exactly that.

Winning at Indiana is impossible without having a recruiting foothold in Indiana, or knowledge enough to attempt to establish one, so I was no fan of Davis.  The 14-15 and 15-14 in back-to-back seasons followed by a 19-12 and a second round loss in the 2006 NCAA was enough to convince even doltish athletic director Rick Greenspan that hanging meaningful banners (those suspended on the south end of Assembly Hall that commemorate national championships) was not in the cards for the Hoosiers if led by Davis.

None of that is Davis’ fault.  He was hired as the result of terrible timing exercised by then IU president Myles Brand – a wonderful example of the stupidity of a zero-tolerance policy – as he dismissed Bob Knight on September 11, 2000.  Davis was tabbed as coach to quell a player uprising that might have made the exodus of 2008 look like a tea party.

This was his first head coaching gig, and Davis was doomed from jump street.  Being able to lead the Hoosiers to the national championship game in 2002 was a hell of a surprise and a wonderful accomplishment for a guy who just two years before had never been a head coach.

Many defenders of Tom Crean cite the difficult terrain he needed to traverse when he got to Bloomington as a mitigating factor in judging the first couple of years of his leadership at IU.  Not sure how Davis had it much better.  Sure, he had players, but fans had expectations that just didn’t exist in 2008.

Crean got a virtual pass, and rightly so.  Davis was asked to compete, and Indiana did.  Obviously, as time passed, Davis showed himself incapable of effectively leading Indiana, and he rightly moved on.  Sadly, a change in leadership requires two steps – the exit of the current coach, and his replacement being secured.  Davis gone – good.  Sampson hired – very bad.

Indiana’s record in six seasons under Davis was 115-79.  Crean’s record in his first six years was 101-97.  Davis went to four NCAA Tourneys and one NIT.  Crean has gone to two NCAAs.  Neither won a Big Ten Tournament.  Crean’s teams have gone to the Sweet Sixteen twice, and Davis went to a national championship game.  Crean has won a regular season Big Ten championship, while Davis never did.  Davis won seven NCAA Tourney games, while Crean has won four.  Crean’s average strength of schedule has been 8.14.  Indiana played a schedule with a 9.71 SOS under Davis.

On the behavior front, the Hoosiers Academic Progress Rate is exemplary under Crean, and it didn’t exist under Davis.  As far as arrests and suspensions, Crean has had six players either suspended, arrested, or hospitalized due to alcohol and drug-related incidents or tests.  Under Davis?  I don’t recall any, but that doesn’t mean there weren’t incidents that equalled those under Crean.

The more things change, the more they stay the same.  If Crean had won another 14 games to equal Davis’ total, he might have gotten another contract extension.  Davis was handed a box and a severance check.

Click here for the best dental care in Indiana from a Notre Dame and Indiana grad – Dr. Mike O’Neil from Today’s Dentistry

Not saying they are equal, but the Davis brand was evaluated as an ill-prepared knucklehead who couldn’t recruit and had a tough time leading.  Crean is often described as a great recruiter and outstanding Xs and Os guy.  And I’m trying to figure out whether Davis was much better than he was branded or if Crean has been branded far better than the reality.

Or is it as simple and myopic as perceiving a black guy as being less capable to a white guy?

I’m not writing that the timing was wrong in Davis leaving Indiana or that the time has come for Crean to be out as coach.  What I am saying is that Crean will be seen a hell of a lot differently if in 2014-2015 he duplicates the 19-12 with a second round flame out in the NCAA Tournament that Davis posted in his final season.

Asking why is a legitimate question.

3 thoughts on “Indiana Basketball – Why a different set of criteria for Mike Davis than Tom Crean?”