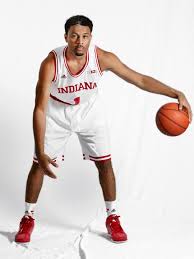 James Blackmon has ended the debate as to who the best Indiana player is, and that should help others fill roles.

It was the way Purdue won the game that’s impressive.  After a first half where they led 37-15, Purdue backed it up with a 45-15 half.  That showed what used to be a very typical level of tough-mindedness in West Lafayette.

Purdue was never the most talented team in the Big Ten, but they were always focused, fundamentally sound, and eager to scrap on defense.  Last night, Purdue went to war in a game against a team they could have beaten by 20 in their sleep.

But they chose not to sleep.  The chose to battle regardless of what the scoreboard told them.  Basketball at Mackey Arena is – or should be – a possession by possession battle of will.

The Boilermakers apparently had no interest in who scored as only one reached double digits – Isaac Haas put up 17, and seven others scored between six and nine points.

Monday will be a different challenge.  Kansas State is not Grambling State, and Bruce Weber tries to coach to that same level of Purdue-esque toughness.

A couple of hours south, Indiana accepted a different challenge against #22 SMU.  Granted, Larry Brown’s squad was without Markus Kennedy, a dynamic power forward who remains ineligible to play, but they had the kind of size in two 6’11” players that is supposed to give the undersized Hoosiers trouble.

And on the opposite bench was hall of fame coach Larry Brown, the kind of coach some might expect to give Indiana coach Tom Crean fits.  No fits last night as Indiana looked to be ready for whatever Brown threw at them.  SMU looked like they were led by a guy unable to get his players to do the right thing at the right time.

Freshman James Blackmon Jr. continues to play like anything but a freshman – looking like an amalgam of former Hoosier greats Jay Edwards and Eric Gordon.  Edwards is the best shooter I’ve seen in an Indiana uniform, but how long I’ll be able to say that is in Blackmon’s hands.

Indiana was very impressive in weathering a storm during the first five minutes of the second half.  SMU came out of the break ready to roll, outscoring IU 12-2 and taking a 45-40 lead with 15:00 left.  Indiana calmed themselves, and controlled the game from that point forward to earn a 74-68 win.

Chick Here for a $1 dental exam by the best dentist in Indiana – Dr. Mike O’Neil of Today’s Dentistry

The most impressive statistic for the Hoosiers was a paltry seven turnovers.  Take care of the ball, force enough turnovers to mitigate the damage that comes with the virtual certainty of being out-rebounded, and knock down open shots.  That’s a pretty good recipe for success in Bloomington.  And that’s exactly what they did.

It’s not like Indiana played a perfect game either.  Hanner Mosquera-Perea continues to be blissfully unaware of where he needs to be on the defensive end of the floor, but the lack of harmony that may have come from multiple Hoosiers trying to assert themselves as the leader/go-to guy last year is gone.

There is no doubt this year who the best player on the floor is for Indiana, and the rest of the Hoosiers know it.  Yogi Ferrell runs the show.  Blackmon is the show.  Everyone else – fill your roles.

For Indiana, the road to the Big Ten schedule has some potential bumps – Georgetown, Louisville, Butler, and Pitt await.  If the Hoosiers split those four games, win the rest of the non-conference games, and go .500 (9-9) in conference, they will finish 20-11 and likely punch their ticket for the NCAA Tourney.

Purdue is in a different position because of playing in the Maui Invitational.  The Boilers play Kansas State, then either Arizona or Missouri, and finally a TBD.

Louisville is the biggest test for Indiana, and Arizona would be a tough matchup for Purdue.

Whatever happens, last night should give fans a little reason for hope that both Indiana programs might find their way back to the 2015 Big Dance after the entire state was shut out in 2014.  The energy of those IU vs. Purdue games of the past eras that meant everything might actually mean something again on January 28th and February 19th.

This season just became about something other than talking about the longterm direction of the Indiana and Purdue programs, and that will be a welcome change for all of us.