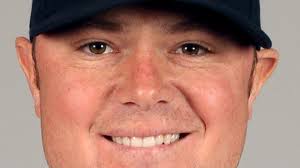 Jon Lester will have over $150 million reasons to smile when his head hits the pillow tonight – or tomorrow night – or the night after.

I’m not from Cleveland, so I don’t know what it’s truly like to know the misery unique to sports fans in that inhospitable city.

But I did grow up in Chicago – a Cubs fan because my Dad was one, and likely his dad before that.  Chicago has had eras of great play in every sport but baseball.  One championship since 1917 for the White Sox, none for the Cubs back to 1908 with their last World Series appearance coming two months after the atomic bomb was dropped on Hiroshima in 1945.  If there was ever a factory of sadness, Wrigley Field is it.

The Blackhawks were stellar when I was little and then again recently.  The Hull Brothers, Tony O, and Stan Makita were so close so many times in the early 1970s.  Jonathan Toews, Patrick Kane, Duncan Keith and others have brought the Stanley Cup back to Chicago twice.

The 1985 Bears became icons as they won Super Bowl XX with Walter Payton, Mike Singletary, the Fridge, Richard Dent, and so many memorable guys that listing them would be redundant.  You know them.

Michael Jordan led a run of six NBA Championships in eight years during the 1990s before the Chicago Bulls regressed to the mean for the past 16 years.

In Indiana, fans have enjoyed the Indianapolis Colts 13 trips to the postseason in 15 years, but only won championship, and the Pacers tantalized us with relentless solid play through the mid-to-late 1990s as well as the two trips to the Eastern Conference Finals in 2013 and 2014.

Purdue hasn’t made a run to the Final Four since 1980, and has played in one Rose Bowl (2001) since Indiana played in their only Grandaddy of Them All in 1968.

As for Indiana University Basketball, one Final Four and Big Ten Championship since 1993 have broken the relentlessness of mediocrity.

Notre Dame Football played for a National Championship a couple of years ago, but awakening the echoes prior to that was last done by Lou Holtz in 1988.  As for basketball, the Fighting Irish are always good and never great under Mike Brey.

And so we invest hope that Colts quarterback Andrew Luck continues to develop and GM Ryan Grigson hits the jackpot in another draft.  We dream of a return to health for Paul George and the Pacers, and wonder whether Tom Crean will ever tap into the potential that lies in the Indiana high school basketball players who choose to leave the state to win elsewhere.  Will Purdue ever be tough again like they were under Gene Keady, and can Chris Holzmann reignite the success The Butler Way brought to Hinkle Fieldhouse in 2010 and 2011?

Lots of questions, and for the answers, we wait.  And wait.

Today, Cubs fans are waiting for word from Jon Lester and his agents whether he will choose to pitch in Wrigley Field, and lead the charge as the rebuilding from the worst four-year run in the history of a franchise famous for bad runs gains momentum.

If Lester signs with the Cubs, the passion for this moribund team will reignite, and “Wait till next year” will become, “Let’s go win a World Series right the hell now!”

Click here for a $1 dental exam from the best in the business – Dr. Mike O’Neil at Today’s Dentistry

So we sit in front of the television, watching the MLB Network hoping that Ken Rosenthal’s face pops up on the screen and announces which team wins a bidding war that could reach $180 million for seven years of work.  Because Lester will pitch a maximum of 33 times each season, he will cash a check for roughly $780,000 each time he takes the ball if he remains healthy through those seven seasons – but I digress.

Lester may make his decision today, or tomorrow, or the day after.  And so we stare at the TV and follow ESPN-Chicago’s Jesse Rogers, the Chicago Sun-Times Gordon Wittenmyer, ESPN’s Buster Olney, and MLB Network’s Rosenthal.

Sports fandom is about hope, the most painful of all human emotions.  Sports fans feel hope acutely because each season supplies a fresh start.  The slate is wiped clean as soon as the previous season’s champion is crowned.  It’s how we would like to live our lives, but can’t – or choose not to.  No matter how bad 2014 was, 2015 allows for us to dream.

So Cubs fans wait and hope for Lester to decide whether to help their dream come true.  Championships don’t come around very often for a team and its fans, but the time for someone to shove his chips into the middle of the table and push the Cubs over the edge is long overdue – and Jon Lester has a chance to be that guy.