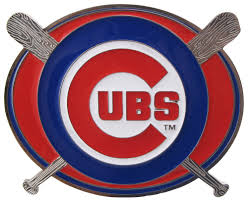 The rebuild of the Chicago Cubs jumped into hyperdrive just before 2:00 a.m. today when postseason ace Jon Lester decided that six years (with a vesting option for a seventh year) and $155 million was enough to lead the starting rotation for a team expected to slowly mature and contend for a playoff berth beginning in 2016 at the earliest.

Slide that timeline forward a year.

Gone are the days of losing in the bidding of a top free agent on purpose – did you really think Masahiro Tanaka seriously considered the Cubs offer a year ago, or that the Cubs didn’t know they had no chance?

Gone too are the days that Cubs fans will happy fork over the third highest ticket prices in baseball for the privilege of watching middling talent play badly while drinking overpriced Old Style or Bud Light.

Under the radar, the Cubs made another deal yesterday, peddling a couple of lower level prospects to the Arizona Diamondbacks for all-star catcher Miguel Montero.  He can hit, and as we have heard from anyone with access to fangraphs.com, he is among the best pitch framers in baseball.  The Cubs were among the worst in that discipline in the 2014 season.

And so hope returns to the Friendly Confines.  My own odyssey as a Cubs fan has evolved and morphed over the years into a malaise that I believed was driven by wisdom gained through decades of having dreams of a World Championship crushed at some point every season since the year my grandmother (who would be 112) enrolled in first grade.  (You believe the pain of being a Cubs fan began at birth?  No, it begins in either 1908 regardless of your age.)

I thought it was over – that I would never again allow myself to embrace the vulnerability that hope invites – but there I was early this morning watching the MLB Network’s coverage of Baseball’s Winter Meetings awaiting word of Lester’s decision like some deranged stock broker on a coke fueled all-nighter watching the Asian markets.

When word leaked that Lester agreed to join the Cubs, I woke up my son to share the news.  The last time I woke him up for anything was during the night of the presidential election in 2000 when it looked like the damn thing might end in a tie and deranged CBS News anchor Dan Rather yelped that we should wake our kids.  Sounded as reasonable then as Lester believing he can end 106 years of futility last night.

Not only did I wait up last night, and then have trouble falling asleep later, a month ago I received a postcard from the Cubs informing me that after eight years, my name finally bubbled to the top of the season ticket waiting list and I was eligible to buy tickets.

This was roughly a week prior to Joe Maddon agreeing to become the Cubs manager, and once that became a realistic possibility, I pulled the trigger to buy a nights and weekend bleacher package of four tickets for $9,320.  That’s a lot of cash for me, and it represents the kind of ludicrous hope that has caused me so much grief since that joyous then dreadful summer of 1969.

With Lester, Montero, and the kiddie corps of Arismendy Alcantara, Jorge Soler, Kris Bryant, Addison Russell, Javier Baez, Kyle Hendricks, Hector Rondon, Pedro Strop, and whomever else team president Theo Epstein and general manager Jed Hoyer decide to add to the party, my investment of cash and dreams might actually be fulfilled this time.

That’s a frightening concept – kind of like Red in The Shawshank Redemption trying to adapt to freedom after he was paroled – because “five outs to go,” Steve Garvey, the black cat at Shea, Don Young, Brant Brown, and Leon Durham have conspired over the years to ingrain the belief that it is just not meant to be.

Well, it seems Lester doesn’t give a damn about that.  He’s ready to go to work, and after six years of cursing the Cubs and my allegiance to it, I’m all in too – again.