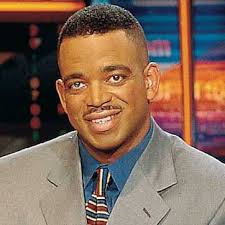 Stuart Scott figured it out, and all people hoping for a career in media need to do is courageously follow his lead.

There is one trait in anyone who communicates for a living that is invaluable.  It separates stars from those soon to enter the sales end of the business.  It is authenticity, and ESPN’s Stuart Scott knew that better than anyone.

Scott died yesterday at the age of 49 because there is a disease or beer truck for each of us – regardless of how hard we battle.

When Scott came to ESPN for the launch of sister network ESPN2, he was exactly the same guy that stood on the stage at the ESPYs six months ago to share his love of life and capacity to refuse to accept defeat as he battled cancer.  That was his genius – knowing that his best chance at success was to represent exactly who he was.

No one in media is guaranteed success, even if they are able to condense their image into the true essence other best selves, which is what Scott did during every highlight of every Sportscaster he anchored.

Scott never mailed it in, or failed to deliver on the promise his brand represented.  Young viewers loved him and the old hated him.  No problem there – the enemy of the media is not in viewers/listeners/readers loathing them, it’s indifference.  No one was indifferent about Scott.

Success in media is not about exactitude or correctness.  It’s about conveying a consistent brand, and no one was better at understanding branding than Scott.

NFL analyst Merril Hoge told me a story about some advice Scott gave him that opened a window into both Scott’s generosity and understanding of what works.  Scott told Hoge that he needed to find a way to physically stand out from other analysts so viewers quickly grasp who they are watching.  As a result, Hoge decided to get his shirts specially tailored to include a collar one-and-a-half inches higher than normal.  Smart.

Success in media is determined by the value of the brand a person develops, and the value of a brand is driven by its unique properties.  Stuart Scott knew that and lived it as well as anyone in the history of the business.

For generations, people intent on becoming part of the media will study Scott.  Rightly so.

Scott’s lesson is not in his catch phrases like “Boo-yah”, “Cool as the other side of the pillow”, or “Like gravy on a biscuit, it’s all good!”  It’s in his ability and courage to be exactly who he was.  While there will always be managers who coach away from unique behavior, the win is in how unique and likable a talent can be.

The legacy of a man like Stuart Scott is not in how he dies, but in how he lived – and in Scott’s case – how he performed.

Students hoping to blow up like Scott should strive to be like he was, not by aping catch phrases, but by emulating his courage in being exactly who he was.

Scott will be missed by his family and friends, but he will live on in the performances of those who are guided by the lessons of what may wind up being remembered as one of the most influential careers in the history of sports media.