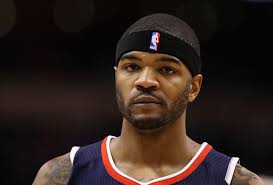 Josh Smith has all the tools, but his carpentry causes losing for those teams for whom he toils.

Talk to a coach of a losing team, and you hear about talent and measurables.  Coaches and GMs who win recruit to a culture first and talent/measurables second.

That so many continue to covet the talented but flawed player is one of the strange paradoxes of professional and college sports because they ensure losing and get coaches and GMs fired.

Josh Smith is a great example.  The ‘6’9″ wing is big, long, and athletic.  When he wants to compete possession in and possession out, he is an all-star caliber player who can change a game for the better.  When he mopes and settles for jumpers, he’s a team ruining cancer.

Since being waived by Detroit at a cost of $30-million, the Pistons have won seven straight after starting the season 5-23 with Smith.  Yes, the Pistons decided it was worth 30 really large to have Smith play for someone else, and they improved as a result.

The Houston Rockets called Smith immediately after he was turned loose by Detroit, and offered him a spot on their roster after very solid start to the season.  You could hear management panting that they were only one guy away from contending for an NBA Championship, and Smith just might be him.

On the day they signed Smith, coach Kevin McHale agreed to a contract extension.  He’s no fool.  Better get all the security he can before the same guy who was paid $30M to leave is invited in as the missing cog.

When Smith reported for duty, the Rockets were 21-7.  Since, they are 3-4.  It’s not all necessarily Smith, but there is no denying or refuting the number of wins and losses for teams Smith has played for.  The combined record for teams with which Smith has played in the 2014-2015 season – 8-27.  For those same two teams when Smith played for someone else – an almost perfect flipped record of 28-7.  You make the call of whether Smith is a boon or a curse worth trusting.

Granted, the first 35 games of this NBA season is a small sample size, but the effect in the short term shows Smith’s presence hasn’t helped the Rockets, but his absence his been profoundly positive for the Pistons.

The Cavs made a deal earlier in the week to acquire J.R. Smith, the shooter from the New York Knicks, who is capable of playing some good basketball – just like Josh.  Ironically, J.R. and Josh share more than their last names and underachieving reputations.  They were drafted with consecutive picks in the 2004 NBA Draft.

Smith (J.R.) said two things upon his arrival in Cleveland that are more than a bit troubling, “Worse come to worse my motto is, ‘When in doubt, shoot the ball,’ ” He said that before going 0-for-5 in 18 minutes off the bench against the other Smith’s Rockets.

He also came with the unintentionally damning, “I won’t say half the things people say about me, but that’s just because they don’t know me and they only see the bad things I do.”

Sadly, it’s true that people are defined by the bad things they do.  Prisons are filled with people who did one or two bad things among making thousands of positive contributions.  Mussolini made Italian trains run on time, but nobody talks about that.

The Pacers dipped their toe into the “this guy can put us over the top” style of management last season when they invited Andrew Bynum to join their rolling happy team.  When Bynum signed with the Pacers, they were 35-10.  After winning their first four games, the Pacers threw their parade in full reverse to finish 17-16.

Was Bynum the reason for the fall?  Who knows, but we do know what the Pacers record was before and after the controversial signing.

Indiana University has an athletic player capable of excellence in Hanner Mosquera-Perea.  After Monday night’s debacle at Michigan State, coach Tom Crean offered this about Mosquera-Perea, “For two years, he didn’t work very hard here — at all. He’s worked a lot harder this year.  He’s a work in progress. I guess I’ve got to start going with that line, because that’s really what he is.”

Add to that his DWI arrest after 3 a.m. on Valentine’s Day, 2014, the day before IU lost 82-64 at Purdue, and the question of whether a scholarship should be awarded to Mosquera-Perea becomes legitimate – as is some curiosity about Crean’s ability to get the attention of this specific player.

Winners win. Losers lose.  And talent has less to do with that than many coaches and GMs believe.