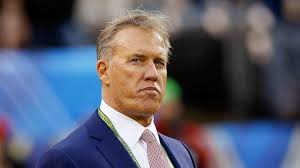 In four years under John Fox, the Denver Broncos were 46-18, won four AFC West titles, earned the top playoff seed in the AFC twice, and played in a Super Bowl less than 12 months ago.

Yesterday, Fox was fired for not getting the Broncos a Lombardi Trophy.

Forget that Broncos quarterback Peyton Manning had a torn quad, cornerback Aqib Talib was terrible in limiting the Colts passing attack, and that the defensive front brought limited pressure against Andrew Luck – Fox was shown the door with dispatch as the fall guy for a season that ended too soon.

This shows an impatience from executive vice president of football operations and GM John Elway that is simultaneously both laudable and ludicrous.

Too many business managers lead only to save their jobs, and being the architect of a franchise that continually excels in the regular season but falls short in the playoffs secures a position (see Bill Polian).  Most see qualifying for the playoffs as enviable success.  Others see anything but a championship as a failure.

Elway is not looking to perpetuate that kind of success.  He wants trophies and banners, not early January flame-outs, and yesterday he showed a willingness to risk good to get to great.

The only problem is that when good is risked, the result can be terrible.

Look at the Chicago Bears.  Under Lovie Smith for eight seasons, the Bears won 76 and lost 52.  After the first year when the Bears were 5-11, during which Smith established his system and culture, Smith’s Bears were 71-41.  That’s short of the stellar record Fox put up with Manning’s help over the last three years, but it was pretty damn good.

Three trips to the playoffs in eight years weren’t enough for Ted Phillips and the McCaskey Family, so Smith was asked to pack.  In the two subsequent years, the Bears have finished 13-19 under Marc Trestman.  The Bears would love to have been 10-6 in 2014 rather than 5-11, but good wasn’t enough so Lovie had to go.

And now Fox has to go.  Maybe the result will be the Super Bowl Elway covets, or maybe he will see a Bears-esque decline.

Elway is a little like the bold guy at the craps table who continues to bet cold dice like a winner.  There are worse things in life than to fearlessly go down in flames doing what you believe is best.

Managing to the middle – to survival – is epidemic in American business.  Elway is not playing that game; he’s confident that he knows best, and is doing what he believes will add more hardware to the Bowlen Family trophy case.  Fox is not a part of that plan, so he was fired.

Life’s too short to lead any differently.