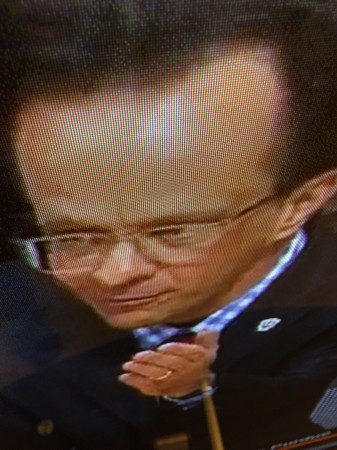 Tom Crean is just as smart a coach today as he was when the Hoosiers were 5-1 in the Big Ten.

Indiana fans have gone from deliriously happy about a 5-1 start in the Big Ten to downright hostile after two straight road losses to Ohio State and Purdue.  Talk of Tom Crean being the national coach of the year have been replaced by renewed calls for his ouster.

Purdue outfought the Hoosiers last night at Mackey Arena in the most hotly anticipated renewal of one of America’s best college hoops rivalries in seven years, and with three of their next four games against Wisconsin in Madison, Michigan in Bloomington, and Maryland in Landover, this Big Ten season that started with such promise could spin south.

Defying expectations from game to game has become the hallmark of the Hoosiers over the last two seasons.  Give them a game they are supposed to lose, and somehow a way to win is found.  Conversely, games that fans believe should be easy wins turn into losses.

5-1 has become 5-3, and those who find Crean to be a strange presence on the Indiana sideline have renewed their calls for him to be replaced.  Thankfully, prudence is one of athletic director Fred Glass’s great qualities, and he will wait to indulge in such endeavors.

The time to evaluate Crean will come after the season comes to an end, and his complete body of work can be assessed.  With six weeks remaining in the 2015 Big Ten season, there is a lot of work to be done, and last night’s loss further exposed one serious chink in the Hoosiers armor.

The Boilermakers shot 58.7% from the field, and Indiana has now allowed their last five opponents to make 52.7% of their field goal attempts.  That statistic belies a lack of defensive awareness and intensity that has resulted in the last two mediocre efforts – both losses.

Coaches say,”defense travels.”  Sadly for Indiana, that means both good and bad defense travels, and while many will point to the collective inefficiency of Yogi Ferrell, James Blackmon Jr., and Troy Williams, who combined last night for seven more shots than points, this game was won by Purdue because they were tougher, smarter, and more aware than the Hoosiers.

Prior to the season, this Big Ten season appeared to be unpredictable – especially after acknowledging Wisconsin as the favorite to rise to the top and Rutgers to occupy the bottom.  Nothing has changed with six teams (Indiana, Ohio State, Purdue, Michigan, Michigan State, and Iowa) tied with three losses each.  Indiana has one game with each of the other five, and it will be those games that determine the Hoosiers slot at the end of the season, and ultimately the amount of heat emanating from Crean’s seat.

The only safe bet is that when Indiana looks like a likely victim, they will find a way to win – and vice versa.

Some of the evidence regarding Crean is in – arrests, suspensions, and injuries, along with a recent stretch of consequence-free behavior.  Perfect APRs, stellar graduation rate, transfers, recruiting struggles, wins, losses, and more.  At the end of the season, a good boss evaluates all of it and decides whether a more suitable leader can be enticed to come work for him.

Evaluation happens everywhere, and it will happen at the end of this season for Indiana Basketball.  Coaches are hired knowing that at some point they will be fired.  It happens to almost everyone who sticks around long enough.

It’s not cruel, spiteful, or mean-spirited to discuss it, but calling for Crean’s head the day after a road loss to an amped up team with at least 11 conference games left (including the Big Ten Tournament) is ridiculous.