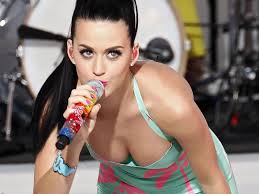 Katy Perry’s performance at halftime will be more discussed – and watched – than the Super Bowl itself.

What is shown on NBC Sunday night between the commercials and garish pageantry of Katy Perry belting out the hits might be pretty good too.

The Super Bowl drives me bats.  Sorry, I can’t pay attention to the game.  Nobody watches.  The women at parties wait for the commercials, and the guys lose focus with every beer.

Even when teams of which I’m a fan participate, the timeouts are so damn long and the never-ending halftime so completely overblown that the football being played recedes into the deep dark background of a Sunday night where my attention is more dedicated to making sure I’m ready to work than enjoying a football game that determines a champion.

Listening to the endless prattling on ESPN about Marshawn Lynch oh so cleverly driving attention to himself and his Beast Mode brand through a refusal to participate in the media circus, and the constant fawning over the culture of excellence Bill Belichick has created bring misery this week for fans who actually enjoy football.

The angst over Deflategate, while fun because of the deflation of the self-importance preferred by Bill Belichick, is just silly.  The statistical analyses of the Patriots dearth of fumbles is – again – most enjoyable, but ultimately meaningless.

And what will people spend more time talking about Monday morning than anything else?  Of course, it will be the commercials that cost corporations an obscene $4.5 million for a :30.  What kind of a world have we created when interest focused toward commercial content trumps that of the event itself?

Katy Perry will sing at halftime – or lip-synch – and dance in an insanely expensive and complicated halftime show that is more glitz and glam than substance.  I like Katy Perry.  She is talented as hell, a master brand builder, and unafraid to be weird.  Home run of a choice – except that she dated John Mayer, and that disqualifies her as a person of substance in any legitimate sense.

Who Katy dated is so far beside the point that it doesn’t bear mention, but that seems to be the magic of the entire Super week.  The Super Bowl used to be a football game, and then morphed into something much more, and now the game has diminished in importance and receded so far into the background that it’s a sideshow in the third ring of a very crowded circus.

The cheapest tickets on Stub-Hub to sit in what amounts to the studio audience of a made-for-TV event are selling at this amount for $8,342.75.  That’s a lot of cash to watch a TV show being shot.

Too bad because this would be a pretty damn good football game.  Two similarly aged coaches at the top of their games with two completely different world views.  One is emotionally constipated and the other is emotionally diarrhea plagued.  One quarterback is prim, proper, and traditional.  The other is an athletic and improvisational master.

The defenses were built to beat their conference rivals, so watching how Patriots offensive coordinator Josh McDaniels and Brady counter schematics offered by the Legion of Boom would be fascinating if they battled alone in a stadium like the third Rocky Balboa vs. Apollo Creed fight at the end of Rocky III.  As part of this madness, it will be an afterthought.

The one change that could make the whole deal much more palatable is to move the game to Saturday night so we can relax a little bit without worrying about Monday morning looming less than 10 hours after the Dan Patrick hands the Lombardi Trophy to an owner who does little more than sign checks for his billions.

TV network honchos would lose their minds if the game ever came off the highest rated night of the week, and they run things in professional sports these days, so it will never happen.

Sing like a bird, Katy!  Dazzle us with your ads, Go Daddy!  Analyze the hell out of the tiniest detail, every former player in NFL history!  Between the commercials, I hope the football is worth the trouble of watching it.

Leave a Reply to Doug A Cancel reply