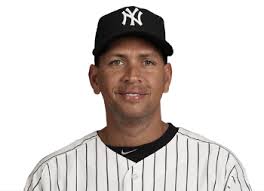 “Whoops, I screwed up!” scrawled in a note will not serve as a reasonable apology for fans who demand the wrong understand consequences are not to be self-served.

Not enough.  Not nearly enough.  A handwritten apology might work for a fourth grader expressing regret to a girl he decided not to take to the school dance, but not for an adult who is supposed to be the face of a historic franchise.

Ruth, Gehrig, DiMaggio, Berra, Mantle, Ford, Munson, Jeter, and A-Rod?  Not quite.  It’s not the PED use that frosts the nostril hairs of baseball fans who loathe A-Rod and look forward to seeing him fail.

It’s the imperious petulance he displays as baseball’s richest player.  Whether it’s from a place of insecurity, arrogance, or antisocial wiring is unimportant.  A baseball player who has been paid $356,285,104 to date and is scheduled to make another $94 million if $30M in milestone bonuses are earned, owes more to fans and the game than on-field excellence.

Rodriguez became a generational baseball figure when he agreed to be paid that kind of jack – the kind of guy who would be responsible for representing the game throughout his life.

That trust was treated with disdain by Rodriguez as he participated in PED use, repeatedly lied about it, and now hides behind a handwritten note of apology to fans that was less a mea culpa than a prayer for the noise to stop so he can concentrate on getting his aging body ready for one or two more trips through a season playing the game he purports to love.

The lesson Major League Baseball franchises have learned from the nutty contract given to Rodriguez prior to the 2004 season is that excellence is fleeting and athletic singularity is not enough without deep rooted decency of character.

The cost to the Yankees stretches far beyond the cash dedicated to a player whose desire to engage in pharmaceutical shortcuts trumped his ability to embrace a position as the game’s elder statesman.  The man hours and focus lost to the Yankees front office as they have dealt with this reluctant superstar have eroded their ability to win.

During the 11 years with A-Rod as a Yankee, they have punched one ticket to the World Series and have missed the playoffs for two years running.  With a payroll of $200+ million, that level of mediocrity is inexcusable.  A-Rod owns significant equity for this very average era of the greatest franchise in the history of team sport.

And now he decides that a handwritten note suffices as an apology – that because he scrawled a few sentences, fans will stop booing and the media will stop hounding.  The form of the note as a grand “I’m sorry!” falls far short regardless of the message it contains.

Americans have an interesting sense of justice.  They are big proponents of exerting their own consequences on an environment lacking in what they perceive to be sufficient oversight.  So there will be booing, questioning, unpleasantness, and rage.  Because this guy had it all, and pissed it away through indifference to right and wrong he will be tormented and harangued.

The only act of decency A-Rod will author in 2015 is the tour of ballparks where fans will exercise their right to voice displeasure and exact their own unique brand of verbal vengeance.  As will be the case throughout the remainder of fellow scofflaw/liar Ryan Braun’s career, fans will show each other and their targets a resounding impatience with liars, mopes, and thieves.

Not quite a public stoning, but as close as our society will allow, fans will let A-Rod know in no uncertain terms that wrong is wrong, and that a handwritten apology is not nearly enough to absolve a man of the guilt fans need him to live with forever.

Not only is a handwritten note from a soon-to-be 40 year-old man playing a kid’s game not enough, there may be no level of contrition satisfactory for a fanbase enraged by arrogance, selfishness, and stupidity.