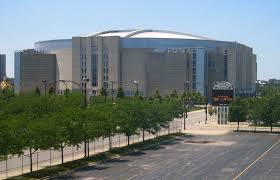 This is the building where Tom Crean will take an important final exam tonight.

Everyone I knew as a student at Indiana University looked forward to each semester’s last final exam like it was Christmas, the Fourth of July, and New Years Eve rolled into one momentously joyous event.  Except for me.

That last final meant my opportunities to rescue a mediocre semester of academic underachievement and confusion had passed.  No more chances to rewrite a paper or learn Spanish in two days.  It was over.  Done.  Opportunities for redemption – gone.

Speculation about the future of the program and who might be in charge next season is rampant.  More important to many Hoosiers fans than the score of the last game is the buyout number IU would be responsible for if Crean is released following the season.

This is a stark change from the tenor of talk back on January 22, just after Indiana dispatched Maryland with a resounding 89-70 thrashing.  The Hoosiers were ranked 23rd the following week, and seemed to be fulfilling the promise of its talented if small roster.

The season then took a perplexing turn.  Indiana became mediocre with the second six-game trimester bringing only two wins.  The final six games were equally dismal with another two wins and four losses.  Even worse, two of those final four wins came against a terrible Rutgers team.

The wins against Rutgers remind me of my parents going over my report card, “I see you got an A.  Nice work!  Wait a minute, what the hell is Introduction to Film?  Why can’t you get an A in a real class?”

Despite losing eight of its final 12, Indiana somehow still qualifies as being among the last four invited to the NCAA Tournament, according to both Joe Lunardi and Jerry Palm – award winning bracketologists – so the season can still be saved through some late night cramming and an outstanding performance in the Big Ten Tournament this weekend in Chicago.

A win tonight against Northwestern can move the Hoosiers into a quarterfinal matchup against Maryland that would allow Indiana to cement its status in the Big Dance.  The Wildcats are experiencing a season that is the negative image of Indiana’s – losers of nine of its first ten, but winners of five of its last seven. 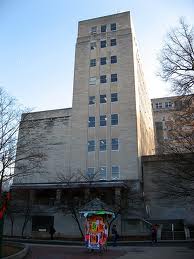 I hope Crean is more confident walking into the UC than I was when walking into Ballentine Hall for many finals.

Losing to Northwestern would leave the Hoosiers on the outside of the NCAA Tourney with nothing to show for its 2014-2015 efforts but at least one extra game no one will want to play or watch in the NIT.

Tonight’s test is pass/fail, and the stakes are enormous for the players and coaches.  A second straight season without an NCAA berth would be greeted with unpleasantries even by the small reasonable sect of Indiana fans trying to find a reason to believe Crean is the right guy to lead the most important marketing arm and ongoing link among alums to the university.

Many of the more passionate fans have already determined that Crean should be fired.  They believe Crean should never have been hired – that he was never a sound fit – and as this season has unfolded, it has become increasingly difficult to not agree with them.

Player misbehavior, recruiting questions, and rumors of player and staff dissatisfaction with Crean’s quirky behavior help heighten the need for positive on-court results.  Winning tonight wouldn’t solve many problems, as a subsequent victory against #2 seed Maryland might be needed to put them solidly in the NCAA field, but a loss would raise the volume of cries for Crean’s ouster.

With tonight’s test ahead, there is still hope – a chance to pull a rabbit out of that cream and crimson bag.  A passing grade brings another chance.  Flunking might mean a trip to the dean’s office for a conversation about whether Indiana University was the right choice for a man of Tom Crean’s talents.

Been there.  Done that.