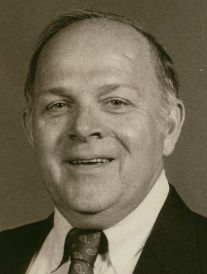 I once walked up to Ron Lemasters in the Indianapolis Motor Speedway Media Center and said, “Ron, they always taught in journalism class to write for your audience at an eighth-grade level. At the Muncie Star, did they have to tell you to write at a seventh-grade level?”

I got a long stare after that one, followed by a smile and arm around the shoulder. It was perfect Media Center banter and right down Ron’s alley. Hey, I was proudly born and educated in Muncie, so I can get by with dishing out that kind of sarcasm.

Tuesday, I received word that the longtime Muncie Star and IMS vet, Ron Lemasters, passed away. What a sad morning that was and a what a sad day it is today as he is laid to rest in Muncie.

I grew up reading Ron Lemasters’ sports columns in the Muncie Star at an impressionable time in my life. I was a sports junky kid back then (as I am now) and Lemasters was a local voice at the height of ‘Hoosier Hysteria’ – back when the Muncie Central Bearcats were winning state championships and the Ball State Cardinals were regularly going to the NCAA Tournament. Then, to have had the opportunity to work alongside Ron for years at the Indianapolis Motor Speedway was an absolute pleasure.

He was a pure pro and a greater man. Those words certainly aren’t poetically appropriate enough to truly describe what a great, great human being Ron was. But as the simple headline in the Muncie Star Press read: ‘Everyone Liked Ron.’

For years, we worked together on the Daily Trackside Report staff at the Indianapolis Motor Speedway – a seasonal team of dedicated race event contributors. I learned so much from Ron and shared so many good moments. Our group became more than just a group of part-time workers over the years. We became good friends and dedicated teammates.

One of the happiest days of the year is walking into the Media Center for the first time in May. One of the saddest is walking out after the last race of the season. Sure, that is largely due to the racing season ending and the thought of missing the hallowed grounds of the Indianapolis Motor Speedway. Being event contributors only and not full-time staff, it always meant our group wouldn’t be together again until the next May. But for me, it’s every bit as much due to the people, the moments we share and the camaraderie we’ve built. Ron Lemasters was a MAJOR part of that – an understatement to say the least.

I’ll dearly miss sitting at the front desk on the fourth floor of the Media Center with Ron, working hard and enjoying every moment – the perfect balance. I will miss our lunch breaks when great stories were told – I soaked up those moments. I will miss our salutes to each other. Ron was a Vietnam Vet and served his country in the U.S. Navy. He loved his country. When I saluted him, I meant it.

No sooner was I working on finding the words to write about Ron, that I received word that Bob Clidinst had also passed away (Indy Star obit)…another very wise, dedicated Brickyard vet – a vault of institutional knowledge and all-around great man.

A good friend of mine and fellow teammate said about Bob: “We make the mistake to think in this age that all information will be easy to find forever – and that is just wrong. With Bob’s passing also passes some intelligence about the Indianapolis 500 that simply cannot be replaced.” The same can be said about Ron Lemasters. The contributions of men like Ron and Bob are priceless inside the confines of 16th and Georgetown – irreplaceable.

I’ll simply say that whatever tribute anyone who worked with Ron Lemasters and Bob Clidinst pays to their professional work, it probably doesn’t come close to what they say about these men on a personal level. They were more than legends of the Brickyard. They were legends of life to those who knew them well.

In closing, I will again borrow words from another friend and former IMS teammate of mine to pass along to the man I worked so closely with and admired so much: ” Godspeed, Ron. I know you’re cruising this morning in peaceful waters, sailor.”