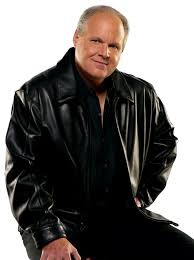 Rush Limbaugh is out at WIBC, and the result will be an easier to market product that will make more money. Smart move.

When WIBC signed the deal to add Limbaugh to the lineup, it was a controversial move that altered the perception of WIBC as the friendly neighbor “Voice of Indiana.”

From the day Rush signed on, April 11, 1993, WIBC fought the massive image of Limbaugh as an ultra-conservative pundit with a presentation of news and issues of local interest.  Limbaugh won that branding war.

If anything, Rush was too good at his job as his brand dominated the other hosts on the station as well as the brand of the station itself.  He was (and is) so polarizing that many simply refused to listen to the entire station as a result of his three hour show.

The bigger problem was that the Rush fans that came to hear the gospel according to “El Rushbo” tended to listen only to Rush.

Clients bailed, Indianapolis revolted, and Jeff Smulyan decided that the right-wingedness of WIBC could only be altered by buying the station, so that is what he did.

The vitriolic diatribes of Stan Solomon (a local super ultra reactionary host that was hired to build a conservative wall from 12p-7p) were silenced, but Rush’s ratings were a little too juicy to dispatch without some serious debate.  And so he stayed and stayed and stayed.

Finally, Emmis announced this morning that Rush would be gone in early July.  The assumed reasons – he was expensive, difficult to monetize, impossible to control, and with a reasonably new strategy of programming toward conservatives around the clock, the damage of booting the iconic Limbaugh could be mitigated.

This change doesn’t signal an end to conservative talk on WIBC – just nationally syndicated talk during prime (M-F 6a-7p).  Emmis can hire a local host for 1/3 Limbaugh’s cost, keep all the inventory, sell endorsements, and manage the talent to create some stationality among all the hosts.

It takes guts to willfully end a relationship with a host of 22 years standing – local or national – and the move is being unjustly criticized for a variety of reasons.  None of them are valid.

As with all reasonable business decisions, the motivation is revenue generation.  Management either needs to make more money or cut expenses to move the needle further into the black, and this change will accommodate both.  That doesn’t make it a good decision; it makes it a great decision.

Rush has always been a clunky fit on heritage news/talks stations.  Those that never heard the siren song of massive ratings increases for a three-hour period thrived.  They were unwilling to sacrifice inventory (commercial time), cash, and a singular branding message for a difficult to convert audience.  Those that jumped at the quick gain foundered in dayparts outside Rush.  They spent countless hours in meetings trying to find a way to make everything sound more like Rush.  None of them worked.

Emmis did the right thing today, and it had nothing to do with politics.  This was a business decision, and the right one.