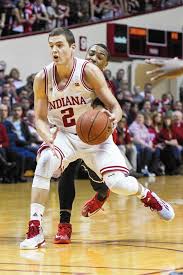 When the NCAA decided to allow a graduate to transfer without being forced to sit out a year, I wondered how long it would be before the rule was rescinded because it allowed a measure of freedom for players.

So I wasn’t surprised at all to read over the weekend that the NCAA is going to investigate changing the rules that have allowed players who have graduated prior to the expiration of eligibility a chance to relocate to another school without penalty.

Kevin Lennon is the NCAA’s new VP for D-1 governance, and he expressed his desire to see rules regarding transfers change, “You have one line of thinking that says when a student has earned their undergraduate degree they’ve earned the right to go wherever they want without any kind of NCAA restrictions.  I think, unfortunately, what the data has shown is that people are transferring and they are not completing their graduate degrees because the vast majority of those degrees are two years.”

The problem is that the NCAA only allows four years of eligibility, so squeezing the years necessary for a bachelor’s degree and a masters is damn tough – even with a red shirt year.

A bigger problem, according to Lennon is the sheer volume of players leaving in their first two years, “No one is happy with the transfer rate, particularly in the sport of men’s basketball.  When 40 percent of your students are leaving after their second year, that’s a signal something’s wrong.”

When Lennon says that “no one is happy,” he means coaches and administrators, not players.

And so the correction is to impose more restrictions upon the “student-athletes” to tie them to their original school?  How does that solve the problem of transfers at the root cause?  That’s like answering the divorce rate with a mandate that couples stay together.

How does that answer the issue of coaches running kids out of their programs?  That’s a cause of the transfer rate being inflated beyond reason too.

Maybe Lennon should consider a penalty for coaches and their programs for excessive transfers.  Let’s see how coaches treat their livestock when their livelihood is adversely effected by their dissatisfaction.

This isn’t 100% about the player deciding the grass is greener.  It’s about coaches deciding to assert control over their domain so they might continue to earn insane money for serving as an educator.

We know that the reality is different.  Coaches are marketing liaisons more than educators and mentors.  They are paid to win, not teach.

But let’s be honest about what players are doing too.  They go to college hoping to reach their potential playing a game they love in order to earn a ton of money.  The decision is rarely about education.  For some of the more resolute students, the quality of an institution’s academic standing in part of the equation, but no more.

How many of the top 100 players enroll at an Ivy League school?  Zero back through 2010.  It’s reasonable to assume that kids working hard enough on basketball that they develop skills worthy of being pursued by the best programs in college basketball would likely not have enough hours left to work hard enough at school to earn an invitation to Yale, but the point is that athletes work to live their dream – and that dream is much more likely to be an NBA roster spot than a partnership in a law firm.

The most relevant questions in explaining the volume of college basketball players transferring is why they decide to leave.  Do they jump or are they pushed?  Is it about basketball dreams, or that a coach is not exactly the man he portrayed himself to be during the recruiting process?

There are two additional pertinent questions that should drive the conversation about rule changes – Who is harmed by a player deciding to transfer?  And most importantly, who benefits from a rule change that makes transferring more difficult?  The answers – coaches and coaches.

Thus the most important question, does the NCAA exist for the benefit of the coaches or the “student-athletes”?

It’s unfortunate that the NCAA makes decisions that tilt the balance of power further toward the coaches, when they have so much already.

Rewarding a kid diligent enough to graduate prior to the expiration of his or her eligibility with the freedom to play immediately elsewhere seems a small concession to a group with so little latitude otherwise.