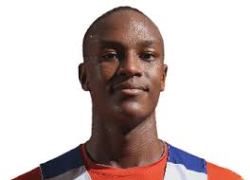 Myles Turner won’t be the answer to any short term prayers for Pacers fans, but give him time.

Don’t go looking at the stats Myles Turner put up last year and expect to find the answer to why the Indiana Pacers selected him 11th overall in last night’s NBA Draft.  His modest 10.1 points per game average is not eye-popping.  The 6.5 rebounds per game would be the least you might expect for a 6’11” guy with a 9’4″ reach.  The 27.4% from beyond the arc shows work is needed if he is going to stretch the floor.

Don’t go looking at the tape of the Butler first round game against Texas to figure out what made Turner the guy the Pacers coveted ahead of hometown hero Trey Lyles, Devin Booker, Cameron Payne, and the almost forgotten Bobby Portis who languished until the Chicago Bulls rescued him with the 22nd pick.  Turner played only 16 minutes in that game, scoring a single field goal, grabbing 10 rebounds, and committing four turnovers and fouls apiece.

Turner was taken by the Pacers not for who he was at Texas, but who he can be for them in a year, two, or five down the road.

Pacers coach Frank Vogel expressed admiration for Turner’s touch, ability to protect the rim, and of course his intellect and outstanding character.  A cynic would wretch at yet another assessment of outstanding character when no coach or GM in the history of the NBA has ever shaken his head after a selection and said, “Well, we really drafted a moron who can’t make a good decision.”  At least it hasn’t been said publicly.

Vogel seemed genuinely pleased with the pick though.  Turner drew raves for his behavior with the media during the workout featuring both he and Frank Kaminsky, he was well spoken, enthusiastic, and a fan of both the team and the city.  Again, a cynic would question the veracity of any potential draftee’s positive assessment of a franchise that might choose to pay him millions to throw a leather ball through a hoop, or keep opponents from doing it.

Fans need to remember that five years ago, the Pacers took a chance on a skinny kid from Fresno State that everyone in Indy had to google to figure out who in the hell he was.  Paul George turned out to be pretty damn good – eventually.  George’s rookie year with the Pacers barely registered a blip on the radar – even locally.  He averaged 7.8 ppg and 3.7 rebounds.

Will Turner develop as George has?  Who knows, but Larry Bird and the Pacers brain trust was convinced Turner presented the best opportunity to grab someone with the potential to be special, and special doesn’t come to Indy via free agency.  For some reason NBA players look at Indy as an cultural vacant outpost that pales in comparison to New York, Los Angeles, Miami, or Chicago.  I get it, but for sheer pragmatic value and livability, who wouldn’t love Indianapolis?

The Pacers got better tonight, but how much exactly we will have to wait to see.

That’s life in the small market cities home to NBA franchises.  Draft them young and develop them here.  Get them dug in so they don’t want to leave.  Get them hooked on Indianapolis so that leaving becomes unthinkable – or at least financially idiotic.

With the second round pick, the Pacers took 6’2″ shooting guard Joseph Young.  Young is 6’2″ and can run and shoot – both solid qualities in an NBA player.