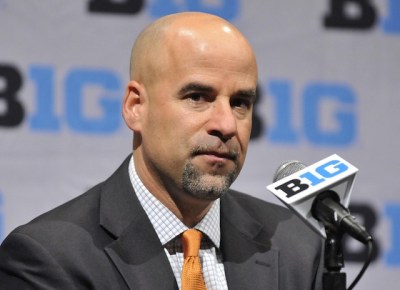 The athletic director was made aware, the president was made aware, and the chancellor was made aware.  According to families of those involved, no one from the University of Illinois responded meaningfully to complaints about women’s basketball coaches until Illinois Speaker of the House Mike Madigan started making calls on behalf of players whose families reached out to the political legend.

By then, the student-athletes had already decided enough was enough and it was time to enjoy playing basketball and studying elsewhere.

You think they are ready to listen and respond to complaints now?

The four counts cited in the lawsuit are:

1. Racially hostile environment in education — a violation of Title VI of the Civil Rights Act of 1964

2. Race discrimination against rights to contract — a violation of the Civil Rights Act of 1991

3. Equal protection violation — a violation of the Civil Rights Act of 1871

The moral of this story is that coaches are not running their own little monarchies where they can behave or misbehave as they and their ADs see fit.  Athletes have the same basic rights as other students, and cannot be humiliated, demeaned, bullied, and ridiculed simply because a coach feels they might respond with more grit on the floor, field, or rink.

An Illinois women’s soccer player filed a suit in early against the university for the treatment of head injuries she has suffered, and the treatment – or lack thereof – she received.  Add to that the allegations by football players that they were forced to play while injured, and a picture is painted of an athletic department operating outside – far outside – the best interests of those it promises to nurture.

Illinois chancellor Phyllis Wise released a statement in response to reports of the suit being filed by the Illini Seven, “Athletic Director Mike Thomas has already added staff to closely monitor team activities and has implemented additional ways for student-athletes to report any concerns they have.  We will continue to explore ways for students to connect with a university staff member to address them promptly and constructively. ”

Sadly, most of this could have been avoided if relentless calls and emails to all levels of Illini athletic and university staff had prompted concern and corrective measures.

There are many lessons to be learned from this sad series of episodes, and the first is that it’s a lot easier to proactively prevent a fire than to put one out once it starts raging.  Returning a phone call or two from concerned parents is a lot simpler and cheaper than fighting a $10 civil rights lawsuit in U.S. District Court.

Another is that hiring good people to help educate student-athletes as coaches – especially in non-revenue sports – rather than relentless taskmasters concerned only with winning is a smart strategy for an athletic director like Thomas.  There are high school ADs every bit as narrow-mindedly motivated by winning as Thomas, and that’s a disgrace, but a disgrace that will need to wait for another post to be addressed.

Students deserve a rigorous yet demanding curriculum in academics and athletics that leads to their growth from adolescents to adults.  Infusing that environment with racist attitudes (as alleged by Illini basketball players), unreasonable and/or dangerous physical demands, and health related public judgment of their effort has no place in amateur athletics, and the University of Illinois is about to learn that the hard way.

Good for the parents, students, and attorneys for holding accountable those whom they trusted to behave like caring adults.

Idiotic and myopic leadership requires corrective measures.  It’s sad that a lawsuit was needed to get Illinois’ attention, but it will hopefully force the university to make the changes that will guarantee a positive experience for future generations of student athletes.

Let’s hope other athletic departments are paying attention, so they don’t wind up being sued for treating students like underachieving cattle rather than young adults in need of guidance.