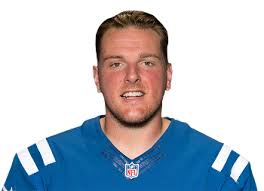 Pat McAfee may not do 300 shows a year, but that won’t keep him from being damn entertaining this weekend at the Palladium

McAfee decided that his summer vacation would include an effort at entertaining a bunch of people at the Palladium in Carmel.  He’s a celebrity around Indianapolis, so maybe a few hundred people would but tickets to hear him tell stories.

The first show sold out in 10 minutes, as did a second that was added shortly thereafter.  That’s 3,000 people who invested between $30 and $100 to watch and listen to a professional athlete talk about himself.  That’s an adventure many others have embarked upon – few of them successfully.

A lot of current and retired athletes/coaches make a substantial living performing motivational speeches, but very few have the stones to try to thrill a crowd as a pure entertainer.

Not only will McAfee survive this dalliance with a performance art that many fight for years to master – he will thrive.  He’ll kill it like a pooch punt inside the one.  Here are five reasons why:

5 – Pat is a likable guy, and the first thing you need to bring to the stage is a personality that engages the audience.  He has that.  There is a sense in talking to McAfee not only that he is likable, but that he’s eager to treat people with respect.  Likability goes a long way toward pleasing an audience.

Dave “the King” Wilson, an accomplished stand-up comic and radio host, told me a story about Sinbad once.  Sinbad would show up at the club he was working and tell the other comics about his day.  When he went onstage, he told the same stories.  There were no jokes – no material of any kind in the traditional sense – and audiences roared.

4 – Knowing what you do well goes a long way toward succeeding.  Pat knows he isn’t a joke teller, so he won’t tell jokes.  It’s not enough to know what you do well – you have to avoid doing what you suck at.  That’s a pretty good life lesson too.  Old time stand-up comics would try to weave a song into the show.  Why?  If you suck at singing, don’t sing.  Sometimes the easiest answer is the best.

3 – Pat has a great sense for self-deprecation, and isn’t afraid to tell stories that don’t paint him as a saint.  Everyone in Indianapolis remembers Pat’s adventure in the canal and subsequent arrest.  It’s a funny story of a night gone haywire, and a famous guy putting himself in a jackpot in the same way many of us might.  The audience will wade through the stories they haven’t heard to get to the hit single.

2 – Expectations are low.  Pat has been so transparent as he has promoted these shows that people feel like they are part of the adventure with him.  No one, including Pat, knows whether he is going to rock or suck, so they will be forgiving.  If Jerry Seinfeld was coming out on stage, people would expect and demand professional entertainment – material crafted over a number of years to where the language of each joke was perfect.  An evening of chaos with Pat is like a really cool camping trip.  An evening with Jerry is a night in a suite at the Ritz.

1 – Pat knows how to work.  Even though Pat is entering a new domain naive to the pitfalls and dangers of stand-up comedy, he knows from everything else he’s done in life that hard work yields a positive result.  He’s going to walk on stage having prepared a lot harder than we might think he did, and the result will be surprisingly adept.

Another #1 – Pat has no tolerance for boredom, and so he will shift from the tedious, should it ever come, to something else that engages him before the audience gets restless.  You want a great tip for hiring a radio host.  Find someone with ADD or ADHD.  The best hosts cannot stand boredom while the worst have no barometer for it.  Pat hates boredom, so the audience will never feel it.

Yet another #1 – Tom Griswold.  Pat is a regular on the Bob & Tom radio show, and few people on the planet understand and appreciate stand-up comedy with Tom.  He’s also very generous in trying to help performers.  My guess is that Tom has offered a lot of sage wisdom over the years to Pat, and the result of that counsel will be apparent.

If you’re going to the show, have a great time.  I can’t imagine how you wouldn’t.

Pat McAfee and a microphone.  Sounds entertaining as hell.

It’s good form to wish a performer in the theatre luck by telling them, “Break a leg.”  Not sure whether that’s ever a good idea to tell a punter.