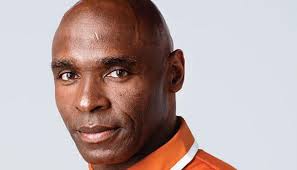 Charlie Strong is a serious man with a serious culture change in Austin, and it’s about time an coach said what he said on ESPN.

When coaches and administrators get it wrong in college football or basketball, we carp and shriek from the mountaintops, so when one gets it right, we should applaud.

Texas football coach Charlie Strong told some serious truth during the Big 12 coaches car wash on the ESPN campus in Bristol yesterday.  Some have been critical of Strong’s intolerance for idiocy from student-athletes, but I love it.

Part of being a college student is learning the boundaries within which they will be required to live as a functional adult, and many coaches punt on the responsibility to instill limits that occasionally will work to the short term detriment of the team’s ability to win.  The result is a group of irresponsible adults who cannot assimilate easily into normal society.

Strong in his words and actions has shown he wants no part of irresponsibility from too often-pampered and enabled student-athletes.

Here are some of Strong’s gems:

Strong hits on a great point, the problem with kids is because parents and coaches allow them to move through life unscathed while being morons.  Not only do kids want discipline, they know they need it.  Parents and coaches who strictly enforce limits wind up with great kids.  Those who allow kids to rule the roost and never impose serious consequences for behavior that stretches beyond limits get screwballs who are constantly screwing up.

One of the great canards of sports is that talent is king.  The truth is that talent, while necessary, is not nearly enough.  There needs to be a well-defined culture, and a culture requires limits.  Strong brought limits with him to Austin from Louisville, and the result was multiple players being told to leave the program.

Between March and September last year (his first season leading the Longhorns), Strong dismissed nine players, and suspended several more because rules establish a culture, and those who violate the rules forfeit their privilege to be part of the team.  Consequences instill discipline, and that was the immediate message communicated by Strong in 2014.

Sure, the Longhorns finished his first regular season 6-6, but the same thing happened at Louisville when he got there – the culture took root, and the Cardinals became a very good college football team.  It will take time, but Strong at Texas is a potential problem for Alabama and Ohio State as those blue bloods try to continue to hang national championship banners.

Regardless of whether Strong wins a number of national champions in Austin, the culture at Texas will graduate adults ready to contribute into a professional workplace with its own rigid culture.  That’s in stark contrast to what continues at Florida State where the inmates run the asylum rather than the adult Jimbo Fisher is paid to be.