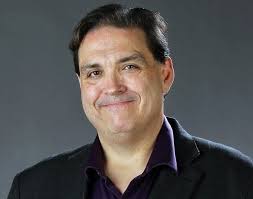 Bernie Miklasz has been cast very well as a seeker of the truth by 101ESPN in St. Louis.

So I’m watching a movie called “Casting by” on HBO last night about casting directors in Hollywood, and my mind kept flashing back to building talk radio stations.

In movies, the quality of a film is dependent upon a number of factors, but the most important is the selection of the actors for the cast.  The same holds true in radio.  The writing determines the casting, and then the lighting, photography, and editing bring the performances to the screen.

Radio is very similar.  Talk radio is about ‘who’ much more than it’s about ‘what’.  It’s the people who make a radio station, and nothing is more important than hiring the right people to connect with the audience.  Tactics are icing on the cake, but the cake itself is made of talented people.

Compelling teases through spotsets, relevant topic choices, and well plotted and executed interviews are important, but none of that can overcome the selection of a host that cannot connect with an audience.

“I can teach anyone to be a good host,” is a refrain heard often from program directors who are eager to embrace their own importance in the formula of building a great radio station.  Teaching someone to be good should never be the goal.  Great should be the goal, and great can’t be taught.  It can only be recognized, hired, and empowered.

The movie about casting took me back to my time at 1070 the Fan here in Indianapolis and 101ESPN in St. Louis.  In Indianapolis, we had to try to establish a culture of camaraderie, excellence, and creativity.  In St. Louis, the bar for correct execution had already been set, and the talent (who were cast correctly) needed to be enabled to step out of the box where creative magic can be found.

Regardless of my insistence in talent doing the little things right, success and failure was determined by the hosts embracing a sense of joy and truth in performance, just like actors who search for the inner essence of their characters.  Hosts need to find that truth in themselves and bring it with them during every segment of every show.

Soon to be former St. Louis Post-Dispatch columnist Bernie Miklasz being re-hired by 101ESPN reminded me of the need for truth in talk radio and all media.  Bernie is intensely honest as he speaks and writes.  He finds the truth.  That isn’t his job; it’s his mission in life.  And so it should be ours.

Dan Dakich does the same thing at 1070 the Fan.  At Noon each weekday, Dan launches himself headfirst at the truth with great enthusiasm, and that’s where talk radio greatness lives.

As I built the framework for the radio show I host everyday from 3p-6p on CBS Sports 1430 in Indianapolis, honesty and passion on the same level Bernie brought everyday during my two years in St. Louis was a must.  Bernie never takes calls – in fact, very, very few have ever been taken by that great radio station.  His work ethic allows him to carry three hours talking about sports and nothing but sports (okay, there might be an occasional detour into discussing Bruce Springsteen) and that’s what listeners expect.

Now I’m not Bernie and neither is any other host, but the essence of what he brings every day is there in all hosts, and to be great that essence needs to be cultivated.  Same with Dan.  Find the truth as best you can – deliver it with passion.  Work hard enough to be able to deliver on the promise of talking sports every segment.  That’s a pretty good recipe for great sportstalk radio.

Performance is performance whether in front of a camera, on the stage, or sitting alone in a room railing at the injustices of sports, and raw is what radio does best.  Be that everyday, and relentlessly deliver on that promise.  Sounds like a plan.