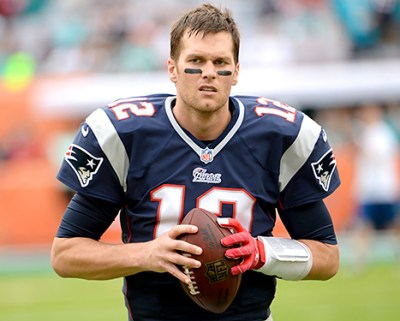 Tom Brady will sit the first four games of the 2015 season unless a federal court intervenes due to clever legal tactics being argued by clever men in expensive suits.

Cheaters are always compared to our nation’s 37th president who resigned in disgrace after cheating throughout the 1972 presidential election process that resulted in his re-election.

At first, Richard Nixon consistently denied that cheating occurred, and later that he had any knowledge of whatever cheating had been done.  Alexander Butterfield dropped the bomb to the Senate Watergate Committee when he testified to the existence of a secret taping system that recorded all Oval Office conversations, and the jig was up.

Instead of burning the tapes after Butterfield’s revelation, Nixon protected them in the interest of history and his legacy.  Ironically, I guess, Nixon’s legacy as a punchline was assured by the audio that is contained on those tapes.

I don’t know how many history courses Tom Brady took while at the University of Michigan, but destroying his cell phone is the equivalent of what would have been Nixon’s morally bankrupt but pragmatically correct decision to burn those tapes – destroying the evidence that removed all doubt of his guilt.

Did the NFL behave poorly in leaking the information about the destruction of the cell phone to ESPN’s Stephen A. Smith?  Of course.  No one has laid claim to anything resembling moral high ground in this ridiculous pageant of moral indignity and bankrupcy.  Is Brady’s comment released this morning on his Facebook page absurd in its claims that neither he nor anyone in the Patriots organization did anything wrong?  If the two putzes who handled the footballs as employees of the Patriots did nothing wrong, why are they no longer associated with the team?

Jim McNally and equipment assistant John Jastremski were the two boobs who handled the balls, and McNally reportedly took the balls into the men’s room on his way to the field prior to the AFC Championship game against the Indianapolis Colts.  That violates NFL protocol, and allows for speculation as to what happened in there.  That is a big something wrong.

This sordid episode has been mismanaged on every level by both the NFL and Patriots.  Righteous indignation abounds on both sides, and the truth be damned.  Everyone has their suspicions but no one has a smoking gun.

Brady uses phrasing like, “I did nothing wrong.”  Wrong is a subjective standard that can be employed based upon the moral compass of the author. What Brady doesn’t say is that he was not aware of violation of the rules regarding the inflation of the game balls – or at least I haven’t seen it if he did.

Goodell is trying to appear serious about the principle of fair play and enforcing a level playing field in every NFL game – especially the game being played to determine who earns a spot in the Super Bowl.  The NFL has appeared to be far more interested in the court of public opinion than reality as many players have wandered far outside the realm of decent behavior.  A suspension is issued, then rescinded of lessened.  Wild vacillation in penalties came because of media and fan outrage, so the NFL has appeared too sensitive and utterly lacking in internal resolve.

In this instance, the NFL held firm, sort of.  There are reports that the league offered to cut Brady’s penance to two games if Brady admitted to some level of culpability in or knowledge of the deflation of the balls.  Brady has been unwavering in his claims of total innocence, and has authorized the NFLPA to appeal the suspension in federal court.

Legal yoga is being practiced on both sides to assure victory, but no one is interested in justice.  It’s pathetic, and counter to the reason why people love sports in the first place.  Right and wrong matters on the field, court, and rink.  Sports is a meritocracy.  More often than not, the team that deserves to win wins.  By definition winners should have won because they did win.

In conference and court rooms, that is not the case.  The victory goes to the clever, and both Brady and Goodell are guilty of being more clever than  right.

At the end of this circus, no one will emerge as a winner because neither side is worthy of victory.  Cynicism is the only winner here.

One thought on “If Tom Brady had been Richard Nixon, he would have burned the tapes”