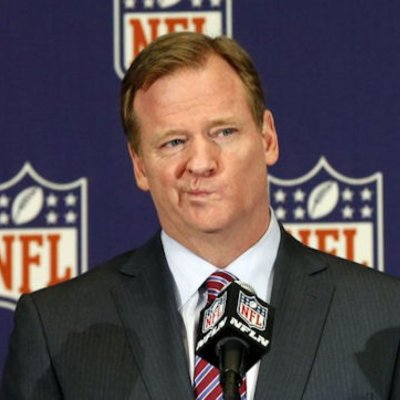 Roger Goodell will be commissioner for as long as revenues keep flowing to his 32 bosses.

Yes, NFL commissioner Roger Goodell knew all about the New England Patriots cheating in Spygate, and directed the effort to destroy evidence for the good of the NFL.

Talking heads in sports media are saying that as a result, he will be replaced by NFL owners at their first opportunity.

NFL owners respect one metric – money.  Goodell has demonstrated an ability to help the owners maximize revenue, and cash will be enough to allow him to keep his job as long because like the old Randy Newman song extolled, “It’s Money that Matters”.

It would be nice to see the NFL – or any other business – reward and punish those who operate outside the what is right, decent, or at least legal, but that almost never happens.  Doing the right thing, operating with honor, and ensuring fairness are ideals reserved for children.

In the adult world, it’s all about cash, and there are few adults who embody greed with the egomaniacal zeal shown by the 32 men who own NFL franchises.

So Belichick continues as the coach of the Patriots, Ernie Adams remains the Patriots “director of football research”, and 31 NFL owners are certain the Patriots continue to exploit or ignore the rules to their advantage.  And Goodell will continue to protect the NFL from the ramifications of fans worst fears being confirmed – that the Patriots cheating is tolerated because the alternative is worse.

Not only has cheating occurred through the decade and a half Belichick has run the Patriots, it likely continues today – because ferreting out small advantages regardless of legality is what has made Belichick successful throughout his unprecedented run in New England.

That’s why Adams has a job.  For those who’ve read yesterday’s exhaustively researched and reported ESPN Outside the Lines post by Don Van Natta Jr. and Seth Wickersham, no introduction to Adams is necessary.  He is, for lack of a better phrase, Belichick’s director of black ops.

In casino parlance, Adams is a card counter.  He finds gray areas in the rules that allow for the accumulation of data that can be used to increase the chance for success on a play-by-play basis.

The NFL under Goodell appears clumsy in dealing with the Patriots, even as recently as yesterday’s odd interview on ESPN Radio’s Mike & Mike with Goodell.

Thought the interview, Goodell seemed less than forthcoming and honest, and there’s a good reason for that. If he told the truth, faith in the NFL as a bastion of fair play would vanish.

One area where Goodell could improve is in his performance during press conferences and in interviews like yesterday’s with Mike & Mike.  His combination of unease and arrogance is off-putting at best, and at worst a confirmation that the NFL shield hides an ugly truth about competitive balance in favor of amoral operations like the Patriots.

The truth is that Goodell and the rest of the NFL have known Belichick cheats for as long as it has occurred, and that the only danger is in fans realizing it and reacting by seeing the NFL as a shell game where occasional deviation from fair play is tolerated because stopping it has no positive effect on revenue.

For that reason, Goodell isn’t going anywhere.  The NFL is going to have to make a show of taking all this seriously – as they have tried to in the past – but the only failure that might cost Goodell his job is in not doing whatever is necessary to continue to stuff owners’ pockets with millions and millions of dollars.