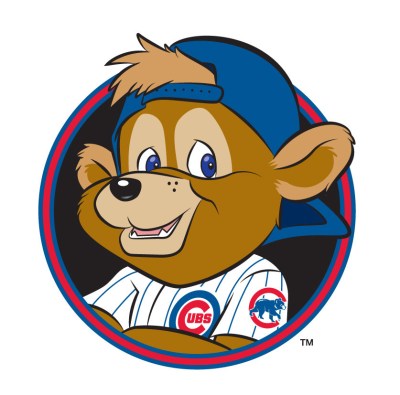 Naming its wretched mascot Clark after my late Dad likely didn’t curry any favors with that specific lifelong (and beyond) Cubs fan upstairs, but it was my “five outs to go” jinx that doomed them yesterday.

The Chicago Cubs held a 3-1 lead in the bottom of the eighth inning yesterday in St. Louis – trying to hold on for a sweep that would have cut the Cardinals lead in the National League Central over the Cubs to five-and-a-half games when I decided to prove a point.

In the middle of my radio show yesterday (3p-6p weekdays on CBS Sports 1430 – Indianapolis), I announced that I was going to show exactly how whammies against the Cubs work.

Cubs fans will always remember the stupefyingly insipid Thom Brennaman announcing during the eighth inning of Game Six of the 2003 NLCS that the Cubs were just five outs away from their first trip to the World Series since 1945.  What immediately followed was the play that turned Steve Bartman into a pariah – unless you are a Marlins fan – and ended the Cubs dreams moving forward to the World Series.

Yesterday, I said something eerily similar, “The Cubs are five outs away from a sweep in St. Louis!”

I told the audience exactly what I was doing in invoking that dreadful phrase.  The Cubs would find a way in that moment to lose the game.

The next pitch was driven by Matt Carpenter for a single, knocking in a run that cut the Cubs lead to one.  Stephen Piscotty then plated two more with a double.  Trevor Rosenthal closed the door on the Cubs in the ninth, and the jinx was complete.

I know that logic dictates that some idiot blathering into a microphone in Indiana has no effect at all upon the location of a Pedro Strop pitch in St. Louis or Matt Carpenter’s ability to hit it, but as soon as five outs to go is announced during a Cubs game – that game swings terminally in the Cubs disfavor.

That’s not the kind of science you read in textbooks.  Sir Isaac Newton never wrote about jinxes against the Cubs, but that is only because he died almost exactly 150 years to the day the Cubs began play in the National League in 1876.

If Newton had seen the black cat prance past Ron Santo at Shea Stadium in 1969, Leon Durham pull a Bill Buckner to blow Game Five of the 1984 NLCS two years before Buckner did it for the Red Sox in Game Six of the 1986 World Series, or Bartman interfere with the foul pop up that certainly would have been the second out in the eighth inning of that fateful Game Six, he would have written three laws of e-motion.

He wasn’t there when Billy Siannis sprung that Curse of the Billy Goat on the Cubs, and he wasn’t around 46 years ago today (September 10th) when the Cubs lost to the Phillies in Philadelphia to fall out of first place during that magnificent but ultimately miserable summer.

To be a Cubs fan, you must believe in ghosts, voodoo, and jinxes.  Yesterday, for all who listened, I proved that the five outs to go jinx exists.  The dubious will insist it was simply bad luck – a confluence of two entirely unrelated events that had no effect on one another – but Cubs fans know better.

We have witnessed unrivaled misery for 114 years that can only be explained through the occult, and for my role in yesterday’s loss, I apologize.  Never since 2003 have I ever uttered the phrase, “Five outs to go,” and I have held Brennaman and Bartman equally responsible for how Game Six of the ’03 NLCS unspooled into another hideous chapter in the unlikely history on the world’s most cursed sports franchise.

Math suggests the odds will swing in favor of the Cubs someday, but fans know math has nothing to do with the Cubs woes which stretch far beyond the founding of America’s other three major sports leagues.  The Indianapolis Motor Speedway was built soon after the invention of the automobile.  That hallowed track was constructed a year after the Cubs won their last World Series.  Eventually, the Cubs have to win, right?

Not if anyone utters that fateful phrase – “five outs to go.”  Someone says that aloud – doom ensues.

Don’t believe me?  Give it a shot.  As for me, a Cubs loss is never going to be my fault again.

One thought on “Blame for yesterday’s Cubs loss in St. Louis belongs not with bullpen, but right here with me”