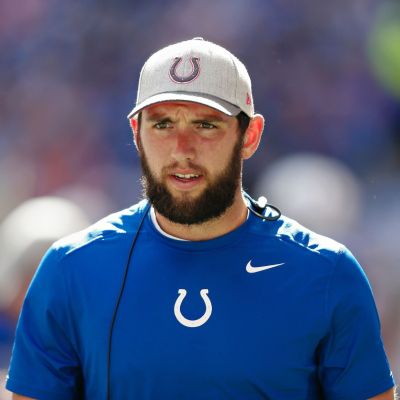 Andrew Luck in a baseball cap is no good for the Colts long term prospects.

Andrew Luck with a damaged wing, Matt Hasselbeck and his mid week flu, or short-timer Josh Johnson – guessing which Colts quarterback is going to face the angry and recently embarrassed Houston Texans defense is anyone’s guess.

The Colts have an opportunity tonight to win their 16th straight division game, which would give them the record all by themselves, but that’s just a footnote in a game that could set the Colts up for another trip to the playoffs – or drop them out of first place in the AFC South.

With games against the undefeated Patriots, Panthers, Falcons, and Broncos ahead, the Colts need to bank as many wins as possible against opponents like the Texans, who while dangerous are quite flawed.

With the one area of stability and excellence (Luck) the Colts could count on through the last three seasons in serious doubt, the Colts may have to rely upon the contribution of others to right this season before it unspools completely.

As I write, reports are circulating that Luck will sit tonight and Hasselbeck will start.  That wouldn’t bother the Colts if Hasselbeck hadn’t been limited in practice because of illness.

During his first extended meaningful football in several years, Hasselbeck looked okay against the Jaguars, but a 40-year old on a short week when ill is not a recipe for success.  And before we anoint Matt the second coming of Earl Morrall, his only touchdown drive against the Jags was aided by 40 yards worth of defensive penalties – three of which turned a potential fourth down into 1st downs.

Both Luck and Hasselbeck say they will be ready, but can anyone not at 100% be ready to face J.J. Watt, Jadeveon Clowney, and the rest of a defensive unit that was humiliated against the Atlanta Falcons last Sunday.

The Falcons jumped out to a quick lead, and that jumped a little further as the lead grew to 42-0, and the Texans will want to knock someone into the middle of next week in front of their home fans to wash that sour taste from their collective mouth.

The Texans have quarterback concerns of their own without a good answer regardless of health.  Ryan Mallett is simply not an accurate thrower of the football (a significant negative for a quarterback) and Brian Hoyer has never been more than a journeyman backup – or losing starter.

Thursday night football games are regularly among the very worst of the week, and this game looks to continue that disappointing run for CBS and the NFL Network, who try to treat these pitiful contests like grand showcases.

Regardless of whether this game is fun to watch for a national audience that craves any level of NFL competition, for the Colts and Texans the result will likely loom large come December when a 7-9 record may be enough to win the AFC South.

I asked the venerable John McClain of the Houston Chronicle on my radio show whether the AFC South might be the worst division in the history of the NFL.  He quickly scanned the 34 NFL seasons he’s covered and matter of factly said “Yes.”

With a healthy Luck, the Colts appeared ready to cruise to another division crown, but with so many questions about his shoulder, the Colts appear to be quite ordinary with two losses to the Jets and Bills that were grotesque, and two wins against the Titans and Jaguars that could very easily have been losses.

In short, for a game with so little to drive interest, there is a lot to keep it interesting – at least in Indianapolis.