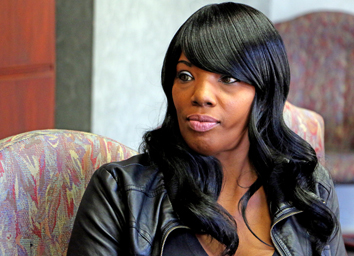 We tend to get high and mighty about college sports – like it should be pure, chaste, and reflective of our best guess as to how teenagers should act.  The coaches should be priests and the athletes alter boys.

Those expectations are ridiculous.  For a group to whom the word “No” has rarely been used, much is provided.

There is a recently published book about Louisville Basketball recruits and players being provided services by prostitutes.  It’s a good book by self-described entrepreneur (prostitute) Katina Powell and Pulitzer Prize winning journalist Dick Cady with lots of details about a basketball program that secured commitments from recruits with strip shows plus side deals.

We tend to be outraged by cheating and bad behavior from universities trusted to educate kids, but in this case I am oddly off-put by the fact that Powell kept detailed notes.  Is there no honor among “entrepreneurs”?

I mean, what has the world come to when a prostitute finishes her transaction and then sprints home to chronicle the details?  If a man (or woman) can’t trust the discretion of a prostitute, the entire sex for cash economy is in dire peril.

While a college basketball program should be punished for an emissary (the director of basketball operations in this instance) passing out stacks of singles to recruits for tipping strippers or negotiating side deals for sex, are we really so surprised by any of this?  Showing recruits a good time has been a part of college recruiting for a century, and female companions have been a major part of that good time.

Louisville is going to be severely penalized because the NCAA cannot look the other way at the program that funds a prostitution ring while it smites those with simple academic improprieties.  Rick Pitino will survive because Louisville is a town that loves basketball success more than it loathes prostitution.

This scandal gives those with a yearning to claim the high moral ground an opportunity to scream and holler about the hideous terrain of college athletics, but if anything, Louisville’s tactics of entertainment were more reasonable than those employed by many other programs that use female students as escorts for recruits (and I mean escort in the literal sense; not as a euphemism for prostitute).

Talk to many basketball and football recruits off the record, and they tell stories of recruiting weekends that sound like a dream come true for a teenager.

One detail of the Powell book that made me uneasy was the revelation that parents and guardians of recruits were provided women for sex, which is a level of creepy behavior that is nauseating.  To leverage a son’s basketball talent for 15 minutes with a pro is as wretched an example of parenting as Powell’s admission that she sent her daughters to entertain at these parties for Louisville basketball recruits and players.

This is the type of salacious story we enjoy crowing about – using it to show just how outraged we can become at those who cross a line that is crossed much more often than any of us like to admit.

Because Pitino wins at Louisville, the fans, boosters, and administration will wait for this storm to pass, and life will go on as usual once the punishment levied by the NCAA is satisfied.

In the meantime, the most troubling aspect of this story for thousands of men in Louisville is that Powell kept detailed notes, and the University of Louisville’s basketball program was not her only source of income.  Somewhere in Powell’s care are notebooks filled with names of men who would stand to benefit greatly from Powell’s discretion.

Pitino will survive.  Powell will get her 30 pieces of silver for providing a journal for readers to enjoy.  Men in Louisville will sweat out Powell’s next effort at nonfiction publishing.