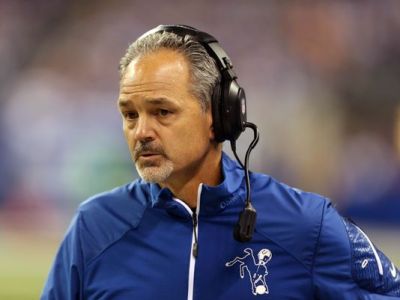 Weekend after weekend, we sit in front of the TV for hours and hours watching sports.  How fortunate are we in central Indiana that there is so much drama ahead this long holiday weekend?

The Colts, Pacers, Hoosiers, Boilermakers, Bulldogs, Fuel, Cardinals, Jaguars, and all the great high school basketball teams in the area thrill and frustrate us.  Most are playing exceptionally important games this weekend, and I can’t wait to watch them all.

[ed. note – If you are looking for insight about the CFP semifinals tonight, this is not the place.  I am disgusted with the corruption of that level of college football, and since the playoff is bereft of teams I regularly follow, I have no interest in whether Oklahoma, Michigan State, Alabama, or Clemson wins tonight.  Mike Dantonio, Nick Saban, Bob Stoops, and Dabo Sweeney are all the same guy to me – overpaid, self-important, self-promoting, arrogant men who believe they are great leaders because they are able to game the system best.]

10 – When will Butler’s Kellen Dunham snap out of his shooting slump?  Over the previous four games, Dunham has missed his last 16 three-point attempts, and is seven-of-46 overall.  Because Butler is a team and not Kellen and the Four Puppies, they won all four of the games in which Dunham struggled.  At some point, Dunham will start knocking down shots in bulk again, and the Bulldogs will need him to.  Hopefully, that switch flips beginning today against Providence at Hinkle Fieldhouse.

9 – Indiana travels to Nebraska Saturday for what should be an easy win.  If Hoosiers fans learned anything watching Indiana win against Rutgers, they learned no cupcake is sweet enough for the Hoosiers to dominate.  Focus lacking, the Hoosiers turned the ball over 23 times and allowed way too many open looks to a bad team.  Anything can happen, and despite the Cornhuskers six losses (one against Samford), the expected cake walk might end with baked goods all over Indiana’s face.

8 – Frank Gore gets 1,000 yards rushing.   If Gore runs for 109 yards against Tennessee Sunday, he will be the first Colt in 56 games to crack the century mark, and the first in eight years to run for 1,000 yard for the season.  No Colt has run for 1,000 yards since Joseph Addai in 2007, and none has run for 100 yards since Vick Ballard on December 16, 2012.  The goal for the Colts is to win the game, but without a game-ready quarterback who has been on the roster for more than a week, Gore might be the best chance to both win and crack those two milestones.

7 – Purdue hosts Iowa Saturday.  The Hawkeyes are coming off a huge home win against top-ranked Michigan State, and the Boilermakers beat Wisconsin in Madison, so this sort-of non-sexy game between two black & gold teams should be a knock down drag out fight to the end that is worth the price of admission.

6 – Assuming Monday as the final day of the holiday weekend, the Colts Complex should be worth watching then.  Chuck Pagano’s job is in dire jeopardy, and the ax could fall Monday.  Owner Jim Irsay has enjoyed a chat with Bill Cowher, so who knows who might walk into the media room as the new boss.  If the next coach demands control of the roster, current GM Ryan Grigson will become expendable.  Not sure what will happen Monday, but the weeks to come should be drama filled.

5 – Pacers play two at home against teams they should beat.  Frank Vogel leads the Blue & Gold against the Bucks tonight and Pistons Saturday before rolling out for nine of their next 11 on the road.  The difference between second and tenth in the Eastern Conference is a slim three games, and every win now provide a little cover for those tough nights in far away and hostile environments.  Beating the Bucks and Pistons with more than half the season left doesn’t seem imperative, but come April, these two games will loom large.

4 – Tom Crean needs to limit turnovers and increase defensive pressure for the Hoosiers.  As fans evaluate the Hoosiers, it’s not so much the wins and losses against lesser teams in the Big 10 they pay attention to, it’s the level of play that matters most.  Against Rutgers, Indiana looked alternately competent and lost.  This season is a referendum on Crean’s future, although the more we hear from Bloomington the more precarious Crean’s job seems.  Indiana needs to look like something different than they have the past two seasons for Crean to be trusted with the keys to the program for another year.

3 – Butler starts conference play with two monster games.  This afternoon, the ninth-ranked Bulldogs host #12 Providence, and then Saturday they play at #6 Xavier.  As impressive as Butler has been and will likely continue to be, they could easily lose both and still feel like they didn’t shame themselves.  Watching Butler under any circumstance is fun because they are relentless on both ends, but games against two top 12 teams in 48 hours will be incredible.

2 – Can Paul George clear his head and play like he is capable.  Last night’s finish to the Pacers vs. Bulls overtime game showed the difference of where George believes he belongs and reality.  With 1.2 seconds left in a tie game, the Bulls Pau Gasol threw a lob to teammate Jimmy Butler.  Butler tipped it in over George’s outstretched hand.  On the other end, the Pacers tried to answer with a similar play.  George could not convert because of Butler’s defense.  If George wants to be where the game’s greats are, he is going to have to be able to get beyond where Butler is first.

1 – A quarterback Colts fans have never seen play for the Horseshoes will lead them Sunday.  Josh Freeman had his moments at Tampa, and Ryan Lindley has started six games in a mediocre NFL career.  Neither were on the Colts roster four days ago.  One (or both) will take all the live snaps in what most believe will be Chuck Pagano’s last game as the coach.  Coaching for your job with a quarterback he needed to be introduced to less than a week before won’t be a lot of fun for Pagano, but it should be fascinating for us.