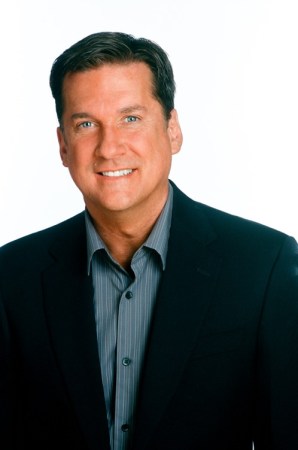 Fed up with mudslinging among Indy sports media, I announced a moratorium on mudslinging. We’ll see if it holds.

Friends of mine in media were fired yesterday, and while I’m certain each will be fine once the dust settles in their emotional minds, it occurred to me that people on the precipice of career ruin at the hands of media managers incapable and unwilling to accurately appraise value need to be a little bit nicer to one another.

Most members of the Indianapolis sports media (and in all major league sports cities) have families, work hard, and try to tell the truth to their readers, listeners, and viewers the best they can.

We don’t have to love each other, but its a hell of a lot more fun than tearing each other down.

In that spirit, I called a cease fire to the acrimony that has recently blossomed and metastasized in Indianapolis as sports journalists raced to break news of Colts coach Chuck Pagano’s removal, and then the contract extension that followed rumors of his ouster.

It was all done in fun, but here are 10 reasons why it’s really not such a bad idea to be nicer to each other:

10 – Competence abounds in Indy.  There are media people in other markets who are lazy and uncaring.  I’ve seen it, worked next to it, and I’ve fired people because of it.  I know mailing it in when I see it.  In Indianapolis, the bar among media members for responsibility is set pretty damn high.  There are some better than others at communicating their thoughts, but the level of effort to get stories right is relatively high.  There are some who take sources at their word without corroboration or allow the entity they are trusted to cover to place positive content, but for the most part, the effort is made to do responsible work and get the story right.

9 – Drama can be fun, but positive result is fleeting.  In major markets where talent fights for minuscule slivers of audience, creating buzz through bombast can be a meaningful point of differentiation.  You can win with 97% of the people in town hating you as long as 3% love you.  In Indy, it’s a little different.  People value likability here, and nothing turns Hoosiers off quicker than vitriol.

8 – Examples need to be set for the next generation.  There are journalism students out there consuming our products on TV, radio, digital portals, and in print.  What they see, they do.  We need to be excellent stewards of our profession, and that means behaving like adults most of the time so the next generation will try to be like you rather than the next Jay Mariotti or Skip Bayless.

7 – Media managers are sometimes unaware of how media work is done.  Management these days is less about inspiring great work and more about demonstrating revenue growth and minimizing embarrassing exposure.  Keeping a job in media is becoming more and more difficult because management is evaluating editorial staff with skewed metrics.  Being publicly embarrassed because it was fun for someone can cast a taint that causes career reversal because management doesn’t know when we are kidding around.

6 – Media members have families.  Dan Dakich has said a few times over the last few days that the media needs some empathy for Colts GM Ryan Grigson because he has kids who are being quizzed about their dad’s competence.  Many media members have families too.  Before the media goes public hurling stones at each other, they need to embrace a little of that same empathy.

5 – Hoosiers do not tolerate arrogance.  Insults convey arrogance, and while people in less pleasant cities dig guys getting sideways with each other, in Indiana it’s different.  We like a little dust up once in a while, but then we need to see it made nice.  Hoosiers are fairly critical but polite in the end.  In Chicago, people would laugh at this level of acrimony.  In Indiana, we wince.

4 – The 24-hour news cycle has made being accurate a fleeting experience.  What is correct at 9a is wrong as hell at 3p.  That’s news these days as the news cycle perpetually explodes in 140 character bursts.  Pointing out factual errors is a simple and wasteful exercise.  With the Colts coaching situation, it could very well be that Jim Irsay awakened Monday believing he was going to have to replace Pagano.  By 3p, he was committed to keeping him.  That doesn’t make wrong the guys who reported at 9:30a the Colts were likely to replace Pagano.  It made them briefly correct.

3 – Working in sports media is tough enough without hating one another.  The job market for those working in sports media is getting tighter everyday, and hundreds of extremely clever and diligent young men and women are launched into the job market every May.  Do we really need to add to our own misery through attacking one another as the fight for work becomes more keen every day?

2 – Sources do not always convey the same info.  It’s said that there are three versions of the truth – yours, mine, and what’s real.  In the case of the Chuck Pagano extension story, there is the story from Chuck Pagano’s (or his emissaries) perspective, another accounting of the facts from Ryan Grigson (or his emissaries), and what really happened.  Agendas abound, and the likelihood of anyone getting to the core of what actually transpired are virtually nil.

1 – Indy is a friendly town.  Someone tweeted to me just after I implemented this cease fire “No wonder you guys are in Indy. Would never make it in the New York market.”  I replied, “Who the hell wants to work in New York?”  Is it really a badge of honor to struggle through interminable commutes, deal with abrasive and unpleasant people, and overpay for apartments by 700%?  Why is New York a superior destination to Indianapolis?  People are friendly here, treat each other with respect, and enjoy their lives.  I love it here, and have turned down multiple jobs in huge cities.  Lived in Chicago for seven years.  Prefer living here.  Not even close.