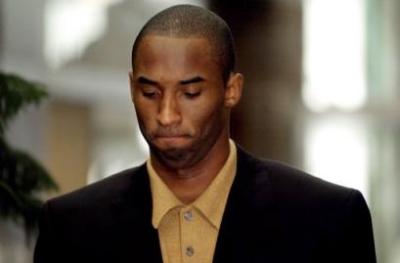 Fans at Bankers Life Fieldhouse cheered a basketball player instead of booing a rapist. That’s mistake #1.

Some called the fans’ appreciation of Kobe Bryant classy.  I call it ignorant, narrow-minded, and ridiculously forgiving.  It wasn’t as bad as people advocating for criminal behavior by paying to watch Floyd Maywether Jr. fight, but I found myself shaking my head in the same way when I heard it.

Fans need to be a little more discerning in choosing their heroes, and last night was a great example.

Here are the 10 reasons the fans at Bankers Life Fieldhouse screwed up last night by validating Kobe’s selfish and careless behavior, the cowardice of Roy Hibbert, and the overall misery of the Lakers franchise:

10 – Kobe and the Lakers ruined the Pacers last best chance.  The Pacers have played in one NBA Finals, and it was against the Lakers in 2000.  if not for Kobe becoming great at the wrong time, the Pacers would own a World Championship.  Not that I’m bitter.

9 – If the Lakers win out, they won’t make the playoffs.  This is a truly terrible basketball team with a relic as its centerpiece.  Watching Kobe lead the second worst team in the NBA on a barnstorming tour of gracious goodbyes/relentless ass-kickings is no way for a champion to go out – unless he is in it only for the cash.  That appears to be the case.  Cheering Kobe’s name is like cheering for one of the cash-first bankers who tanked our economy in 2008.  If the Lakers win the final 28 games left on the schedule, they will finish 39-43 – a record that will not qualify for the playoffs.

8 – Unlike Peyton Manning, Kobe hasn’t seen the writing on the wall.  Kobe stopped being an effective player after the 2012-2013 season when he led the 45-37 Lakers in scoring with over 27 points per game.  Injuries plagued Bryant from that point forward, and while his attempts to rehab have allowed him to find his way to occasional bursts of productivity, the Lakers would certainly not be any worse than their current 11-43 record without him.  Showing up to watch him play is akin to attending a living wake.

7 – Kobe stunk on ice last night.  Minus two admittedly thrilling minutes late in the fourth quarter when Kobe hit four straight shots to turn a six-point Lakers deficit into a three-point lead, the stat line for this player who has stayed in the game too long was awful – 2-of-2 for eight points.  Including the 4-4 outburst, he was still inefficient, scoring 19 points on 25 shots.  Hard to blame Bryant for taking one more tour when the Lakers are paying him more than $22M to lead a terrible 11-43 team, but that doesn’t mean we have to cheer the guy.

6 – The Laker who deserves our applause is the captain of this Titanic.  Byron Scott has been entrusted with the day-to-day leadership of this terrible team, but before he was a coach, he was a Pacer for the 1993-1994 and 1994-1995 seasons.  Scott was instrumental in instilling the discipline necessary to consistently win as he came off the bench those two seasons.  The Pacers went to game seven of the Eastern Conference Finals both of those years, and Scott was a huge part of that success.  Chant his name, not Bryant’s.

5 – Bankers Life Fieldhouse is the home of the Pacers.  A polite round of applause from those willing to overlook the sexual assault allegation against Kobe would have been plenty.  Cheering Bryant’s name at the end of the game was a slap in the face of the franchise that has called Indianapolis home for a half century.  Paul George, George Hill, CJ Miles, and the rest of the Pacers bust their humps to bring a championship banner here, and fans yell for an opponent during the game?

4 – The sudden about face in Kobe’s behavior is nauseatingly transparent.  People who are nice only when it benefits them is sickening.  That’s pragmatism, not decency.  Kobe spent his entire career being an ass – to teammates, fans, opponents, and everyone else – and now that his playing career is ending, Kobe knows that his image needs a serious makeover if he is to profit substantially as a celebrity.  That’s the reason for the waving, smiling, and overall graciousness.  If you want to fall for it, that’s your business.  I’m not buying it.

3 – Metta mighta played.  I have a soft spot for Metta World Peace (a.k.a. Ron Artest), and it would have been fun to see him on the floor he called home for three seasons and parts of two others.  He was like a nutty and unpredictable cousin, but he was ours.  I especially enjoyed his work in 2002-2003 when Artest posted career highs in DQs (7), flagrant fouls (9), and technical fouls (14).  Seeing him play last night would have given fans a chance to say goodbye in what is likely Ron-Ron’s last season too.  Chanting “Metta! Metta! Metta!” would have been odd, but more righteous than “Kobe!”

2 – Roy Hibbert turned chicken and didn’t even suit up.  Okay, that has little to do with Kobe, but I still can’t get over Roy taking the coward’s way out and sitting after starting every single game this season.  Hibbert was an occasionally popular player in Indy during his seven seasons here.  A very supportive teammate, but less than consistent competitor, Hibbert chose not to risk hearing a chorus of boos or cheers (probably a mix) when introduced by Pacers PA voice Michael Grady.  Fans were always polite when Hibbert as a Pacer fell and struggled to his feet like a baby giraffe.  Last night, it would have prompted all 18,000 to laugh.  That would have been the most entertaining moment authored by Hibbert in Bankers Life Fieldhouse since 2013.  And could he have found a jacket that fit?

1 – Rape allegations against Bryant in 2003.  While never convicted, Bryant admitted in writing as part of the settlement of a civil suit that his victim experienced rape at a hotel in Edwards, Colorado.  There is a special place in hell for those who abuse women, but while Kobe is still here on Earth there is no need to forget the rape and cheer this man because he has been really good throwing a leather ball through a hoop.