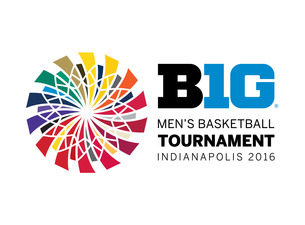 Simply put, Indianapolis is the perfect host city for the Big Ten Men’s Basketball because it’s big enough to enjoy and small enough to care.

This event is one of five major conference basketball tournaments played simultaneously that draw national attention.  They serve as a prelude to the NCAA Tournament, except in Indianapolis.

Indianapolis doesn’t treat the Big Ten Men’s Basketball Tournament as a common and easily ignored event on the sports calendar.  We treat it as a unique gathering to celebrate a game and league the city and state hold dear.

If the Big Ten wasn’t so concerned with wringing the last cent possible out of the tournament, the Big Ten would be in here every single March because the separation between Indy and other cities that are capable of hosting is so enormous it can’t be ignored.

Why is Indianapolis so perfect as a host city?  With no disrespect intended to Chicago, New York, or Washington DC, here are 10 great reasons:

10 – Indy had a chip on its shoulder.  This town had an inferiority complex for a while.  The response was to be very eager to impress visitors with quaint and overt friendliness.  Indy doesn’t have a beach, casinos, massive attraction, or impressive historical relevance to draw visitors, so being a friendly town became Indy’s calling card.  That chip has been replaced by a pride in our ability to smile and make strangers feel at home.  Friendliness as a competitive advantage has been replaced by a genuine love for engaging and entertaining.  No, we’re not Chicago.  Good.

9 – Civic management mandates evolution and excellence.  When I was on the Big Ten Tournament Local Organizing Committee for a few years, current Notre Dame athletic director Jack Swarbrick ran the show, and his meeting that followed the tournament always began the same way, “Great job, now let’s tear it down and rebuild it bigger and better.”  And each year that’s exactly what happened.  The collar events – 5K run, parties, charitable outreach – became a huge part of the tradition.  In other cities, this is a back-burner pain in the butt.  In Indy, it’s a challenge to provide a special experience for all who visit.

8 – Indy treats the tourney as a major event.  This isn’t a Super Bowl, Indy 500, or Final Four, but Indianapolis works to make itself a magnificent host every year the Big Ten embraces the logical decision to trust Indy to get it right.  Every event here is treated like an opportunity to embrace visitors and create a special experience for them.

7 – Volunteers are plentiful and motivated.  Nobody in Indy needs to be bribed to help build and execute a wonderful event.  The number of people willing to help welcome people to our city always outnumbers the available positions, and those people are proud to greet, smile, and help make the long weekend enjoyable for everyone.

6 – Hosting major sporting events is what we do.  From this tournament to many men’s and women’s Final Fours to one of the most successful Super Bowls in history to the largest single day sporting event in the world – the Indianapolis 500, Indy is built for and takes pride in being a convenient and gracious host.  Because Indy does it all the time, we have developed a core competence to which other cities don’t have access.

5 – People pay attention to the tournament in Indy.  In Chicago, there are many other concerns, sports, and focuses for fans and media.  Here, the world stops for the Big Ten Tournament, especially during a weekend like this when Indiana and Purdue both have a chance to win the thing.  In New York and Washington DC?  Hell, college basketball isn’t just not the game of choice, it isn’t in the top four.  And the Big Ten isn’t the basketball conference of choice.

3 – Ease of getting here.  Indianapolis is a straight shot drive from Ohio State (three hours), Michigan State (three-and-a-half hours), Champaign (two-plus hours), Chicago/Evanston (less than three hours), and West Lafayette and Bloomington (less than an hour).  If you have to fly, the airport is a traffic free 15 minutes from downtown.  For 11 Big Ten fanbases, expensive flights are the only option to get to NYC or DC.

2 – Proximity of, well, everything.  Go to Chicago for this event.  Everything involves a cab ride.  You’re not walking to the United Center for games, are you?  No, there isn’t a hotel within a mile and a half.  From your hotel to a bar?  If you stay in downtown Chicago, that’s either a cab ride or a train ride north.  In Indianapolis, there are 20 places to watch games and get a beer or 12 within an easy walk no matter where you stay.  Bankers Life Fieldhouse is a quick walk from a dozen hotels.  There is a shopping mall in the center of downtown one block from the Fieldhouse.

1 – Indianapolis is filled with nice people.  Walk through downtown Indianapolis and see the genuine smiles.  People say “Hello” – and mean it.  We take it for granted here, but I can tell you from experience that other cities are not nearly as friendly.  That quaint notion of being nice to one another makes the experience of visiting Indy during an event like the Big Ten Tournament very enjoyable for players, coaches, fans, media, and everyone else who rolls into town.